TKs soon to be build

So where did I leave off?

Think I was working onthe different tubing on the outside of the pack, well that still is not done, think I cut some to short so ordered some more from GBfans.

Decided to get to work on the Wiring on the inside of the pack.

Put my Spangler plate on 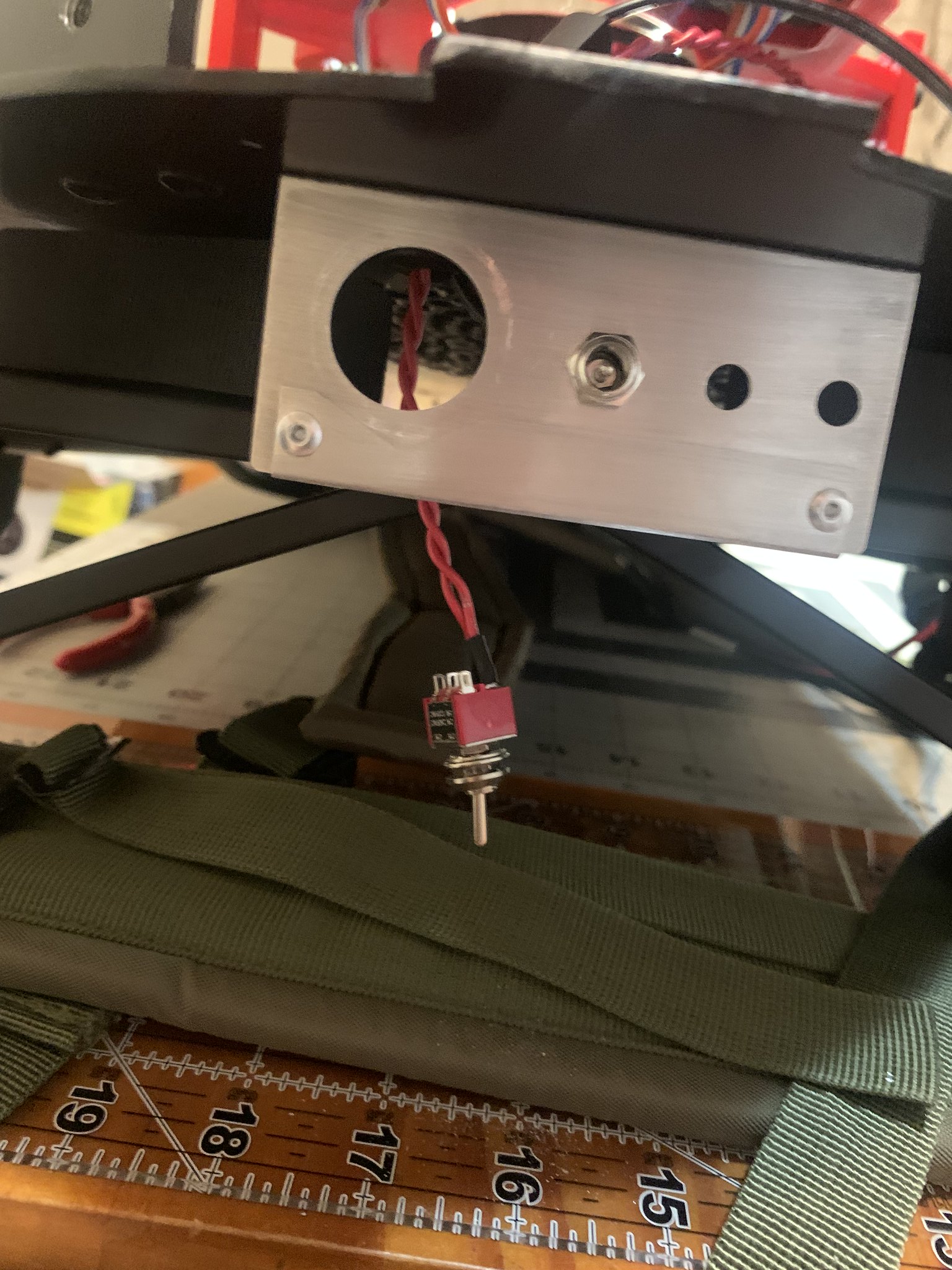 and laid everything out to make sure it all fit correctly 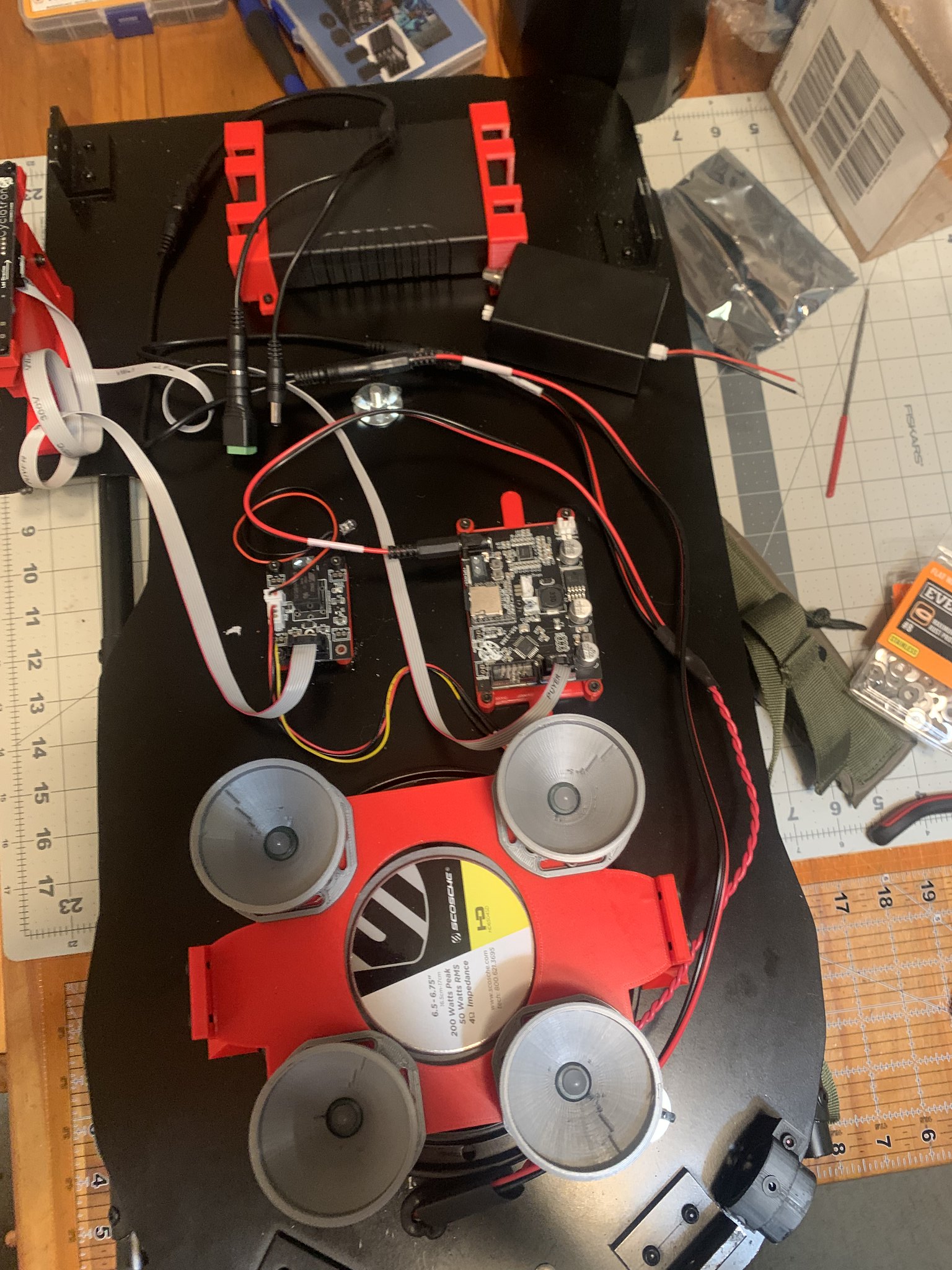 I then realized that I needed to drill out the middle hole on the spangler plate for my Ninjatunes power switch and since it was attached I needed to do it in place..... 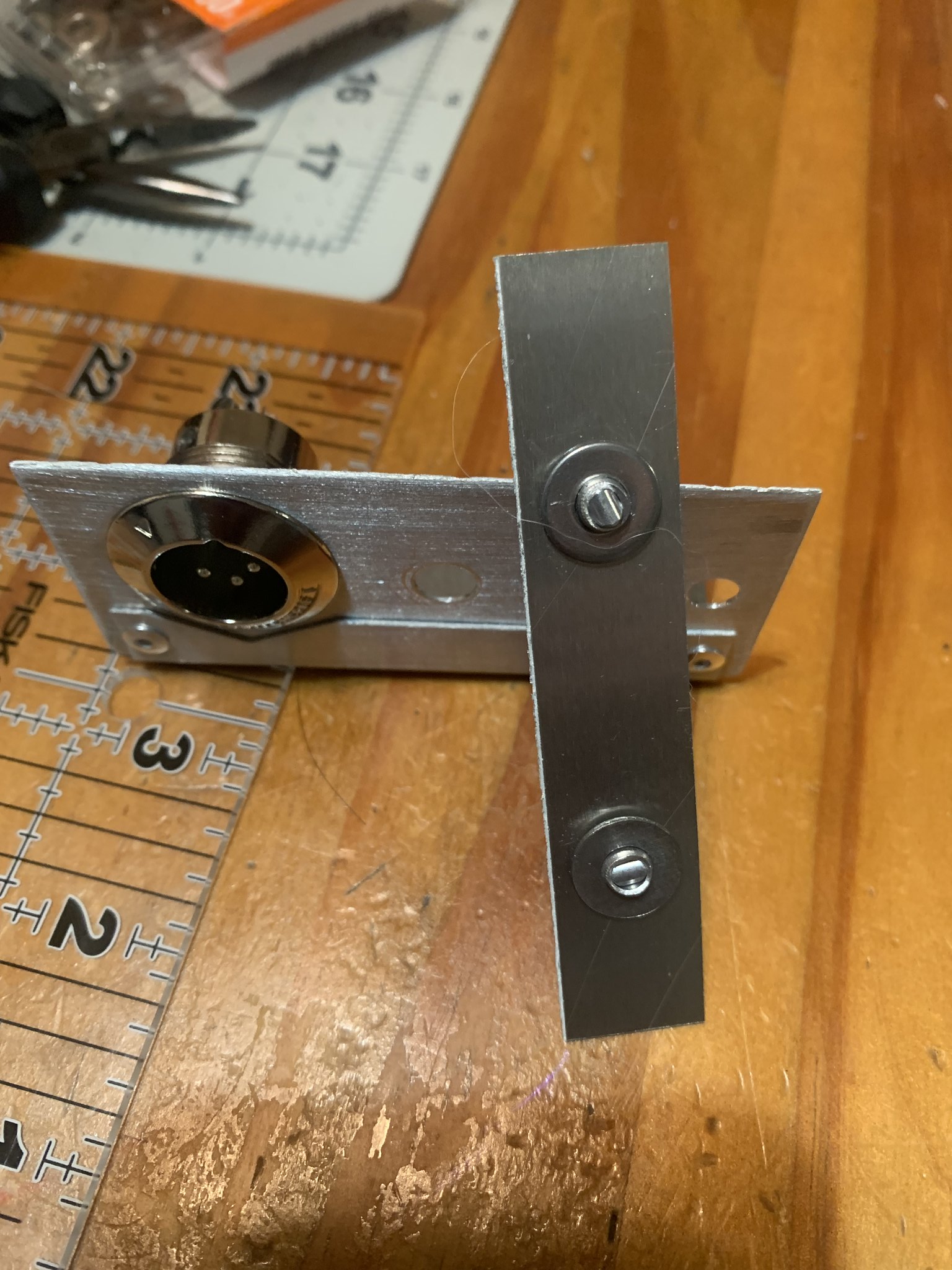 The plate snapped! I reached out to Nathan to see about buying another one and he asked for a picture. Less than a week later I received a replacement plate from Nathan on his dime. AWESOME CUSTOMER SERVICE!!!!!!

I ended up having to move the small board as it was hitting the pack when it was on. but got everything wired. Now working on cleaning it all up and making it look pretty. 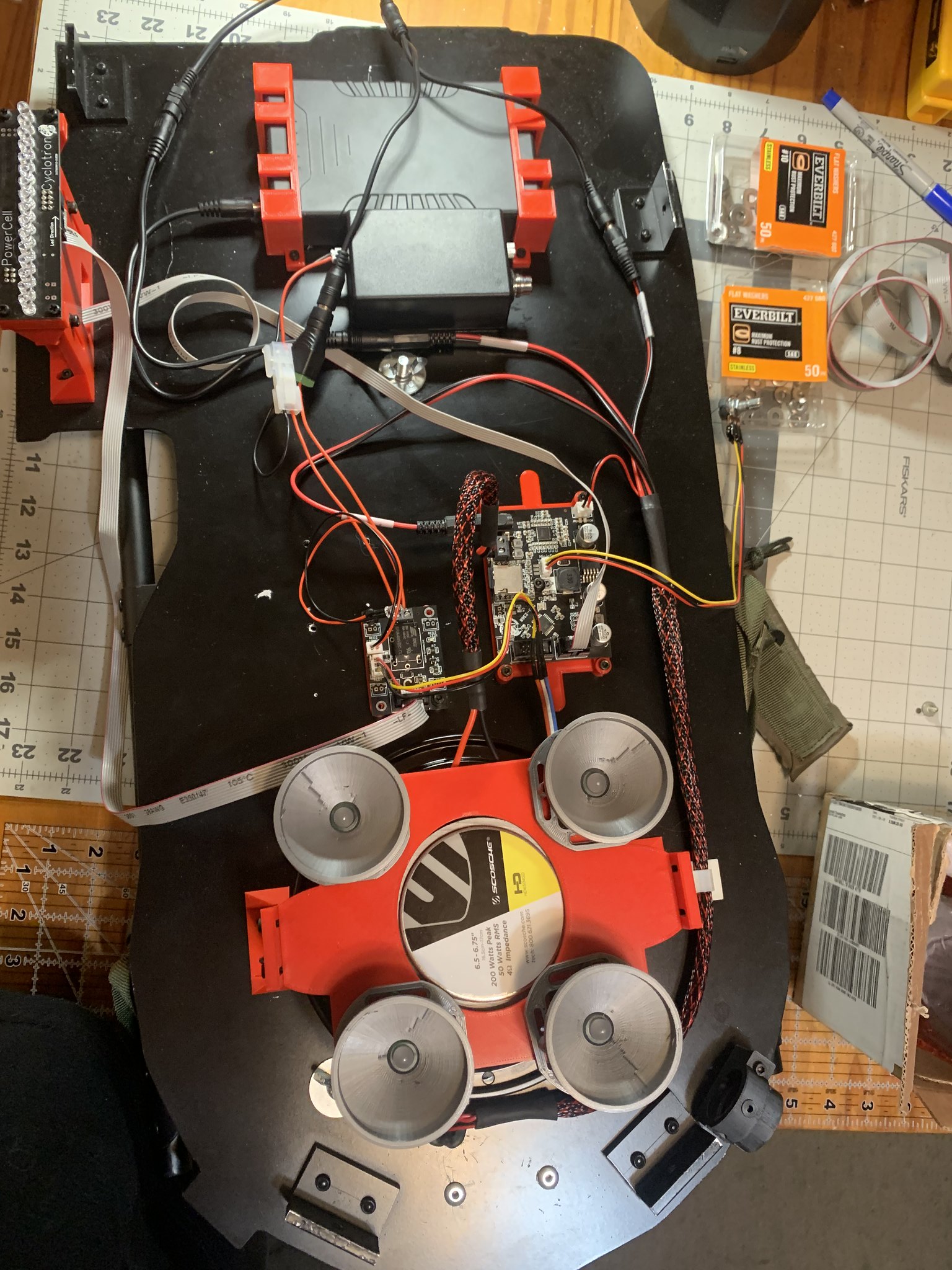 Those that have a CSProp shop Nfilter smoke kit and Ninjatunes kit this is what I needed to do, to make it all work together. 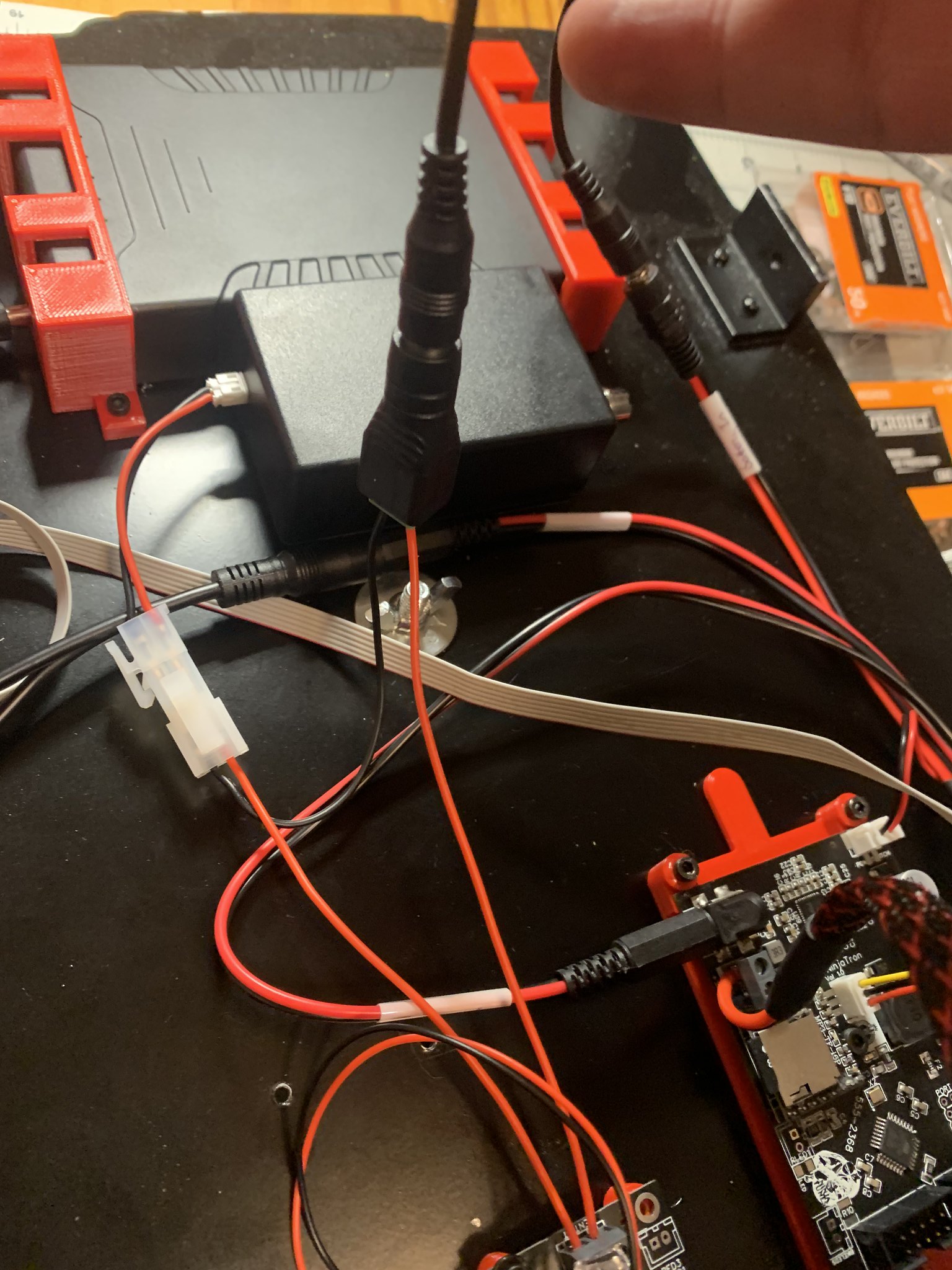 I put a splitter on the battery lead with a power jack socket. Had the positive from the smoke kit go into the ninjatunes board vent port and added a wire from the ninjatunes board to the sockets positive terminal. I took the negative directly from the smoke kit na dput it into the negative terminal on the socket. I have not tested it yet as I have not put the shell on the MB completely yet so hope it all works. I did test the charging of the talentcell and the lights and sounds of the ninja tunes kit, WOOHOOOO I am geting more and more excited. 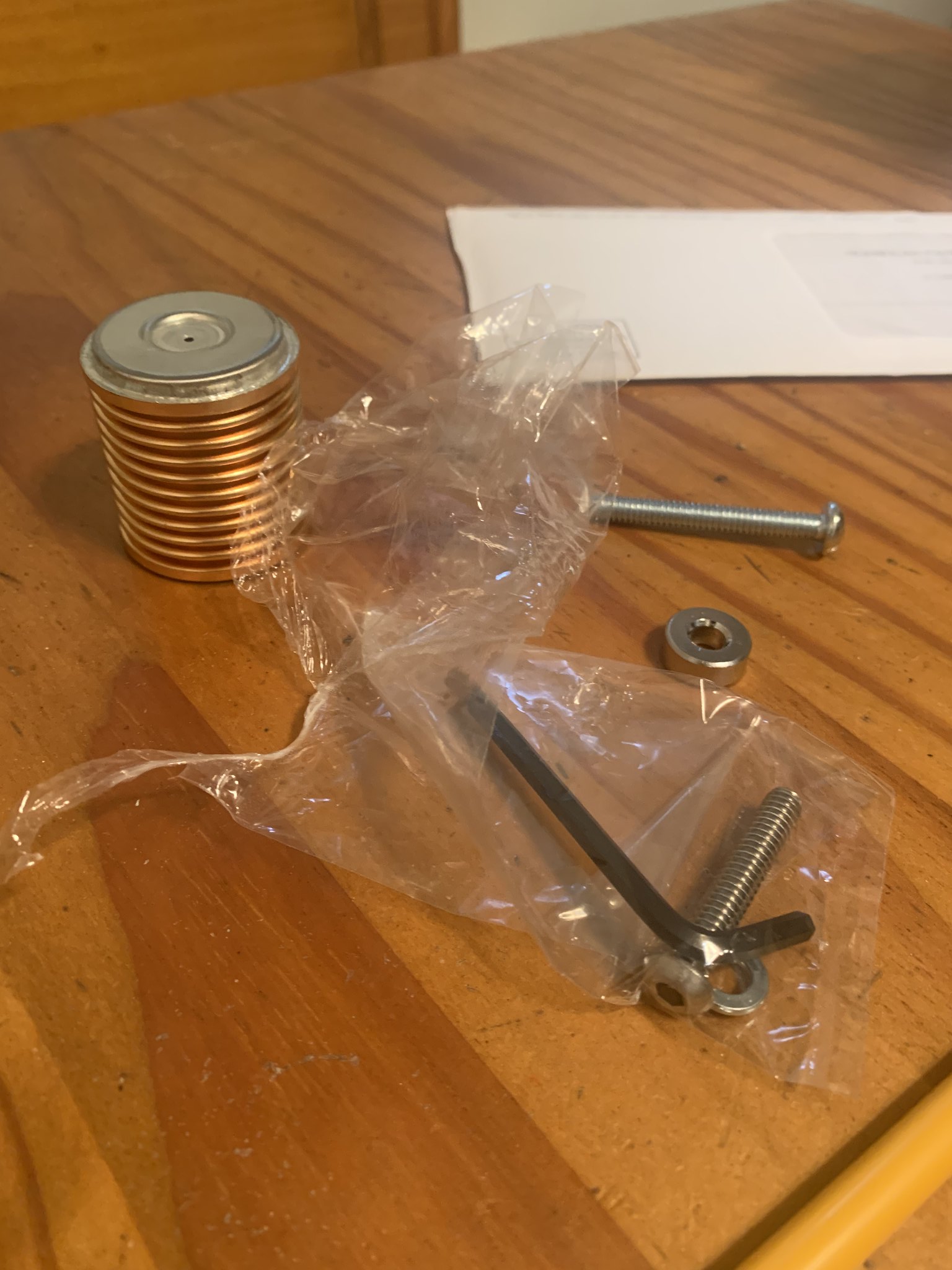 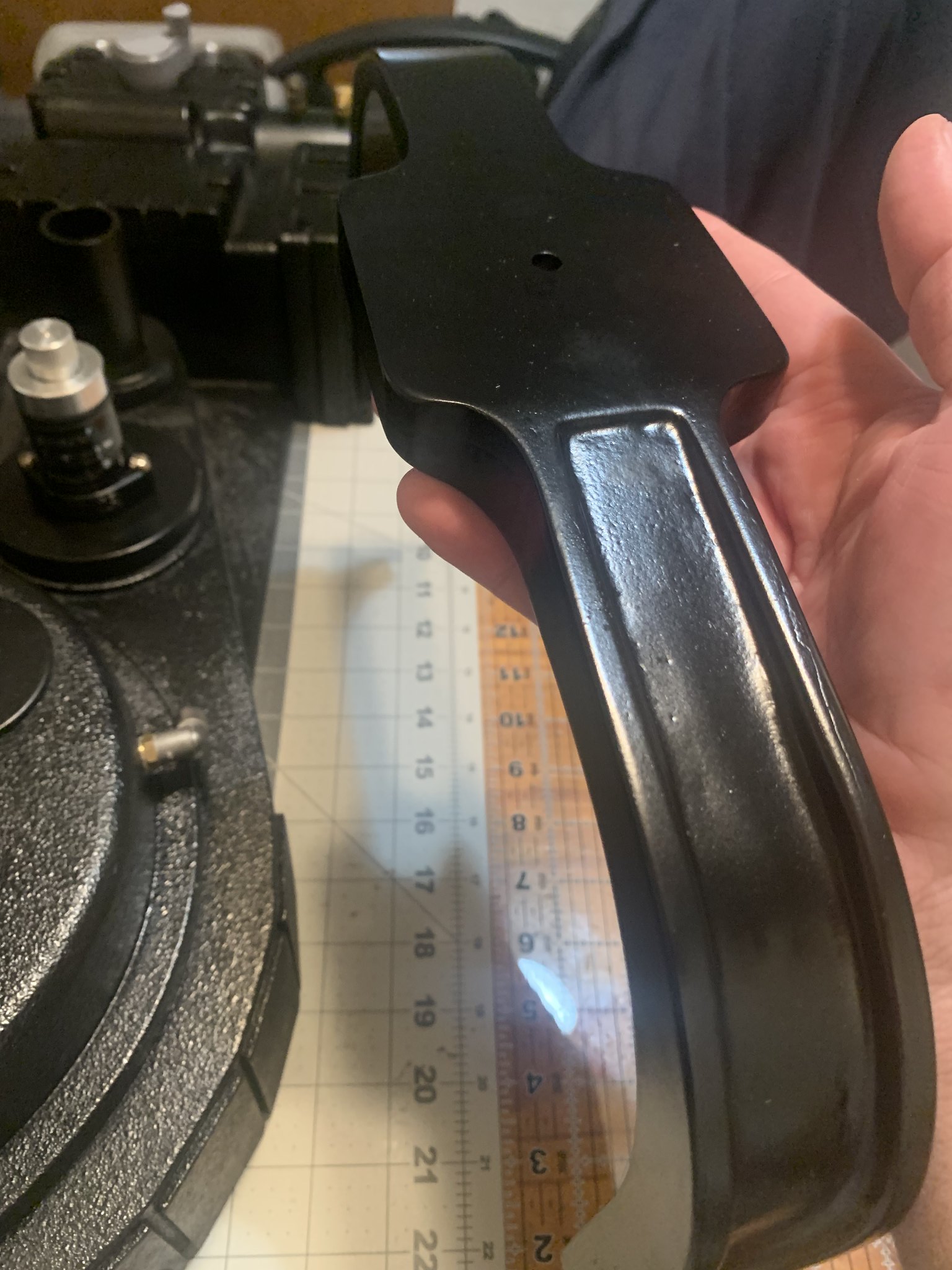 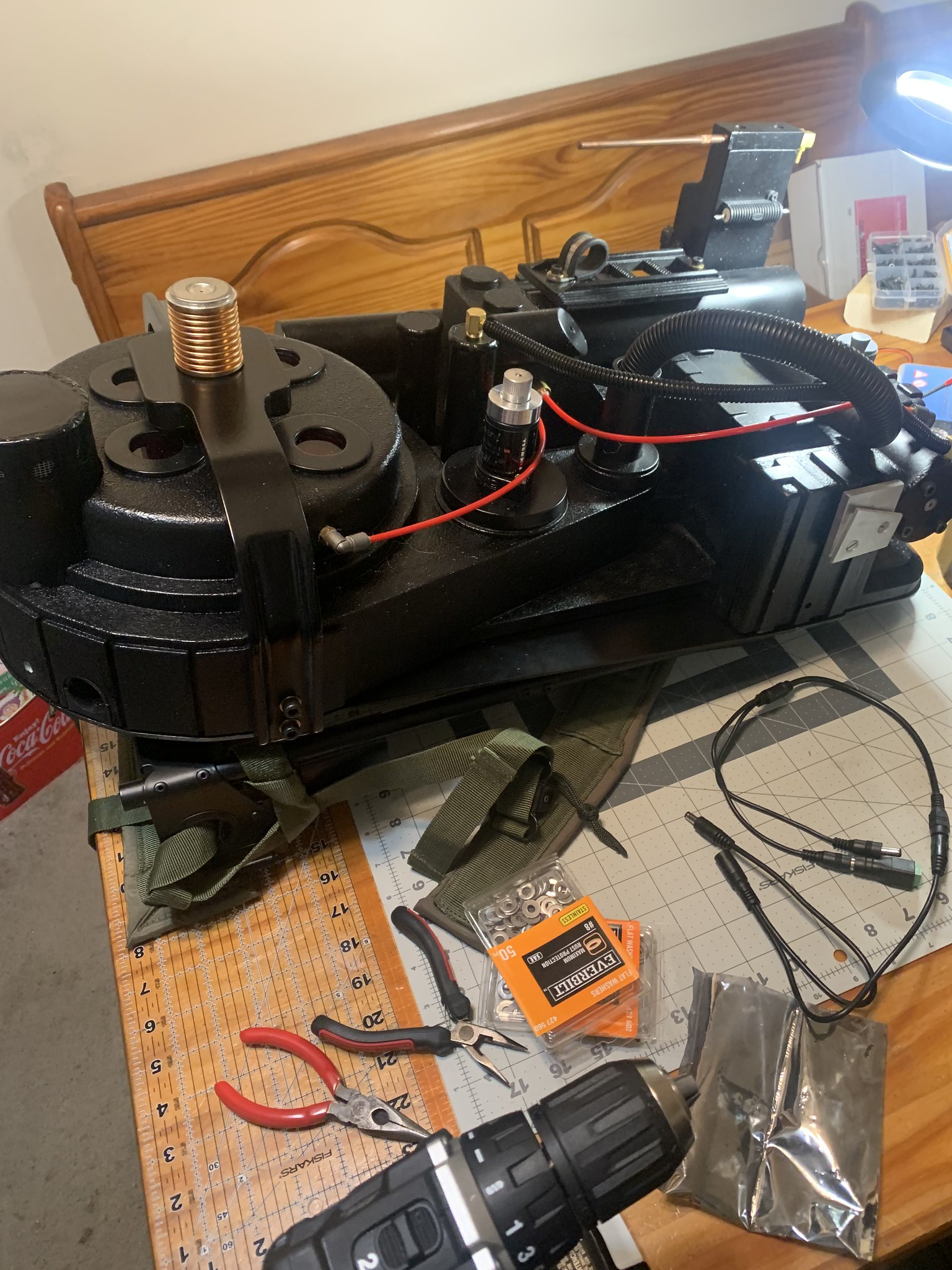 I do like the GBfans bumper more than the BOK one, it just fit better and the size looks better. 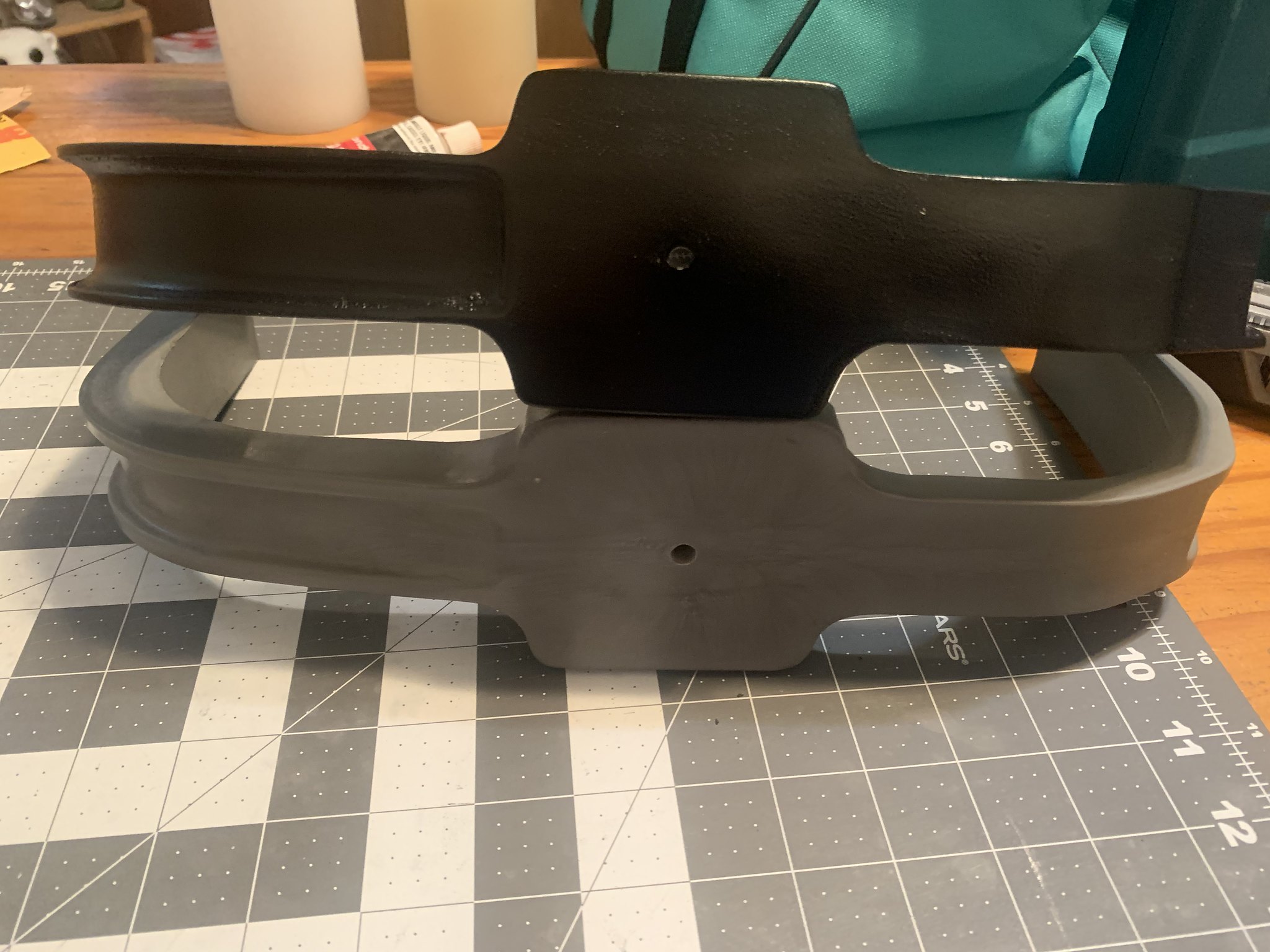 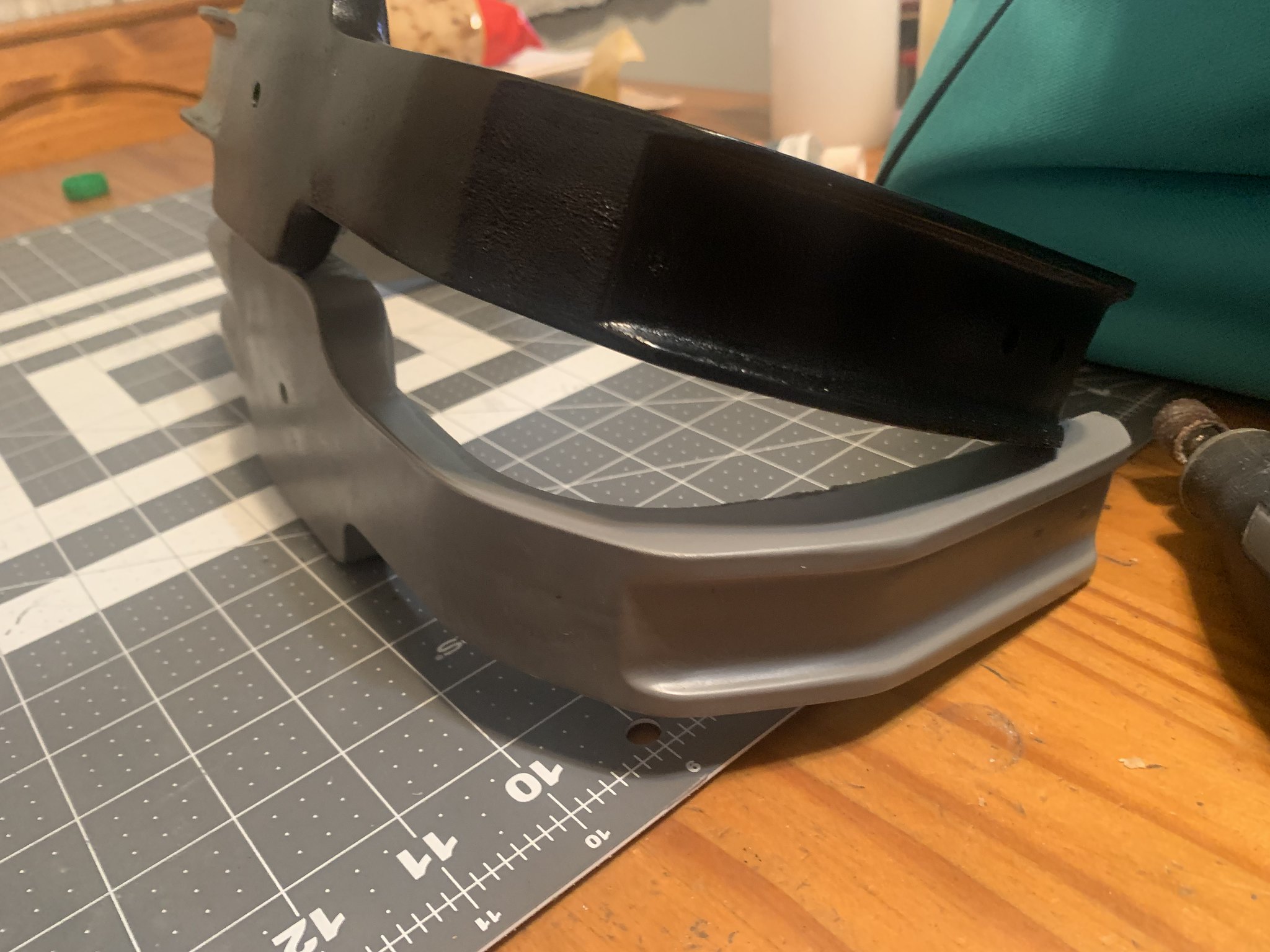 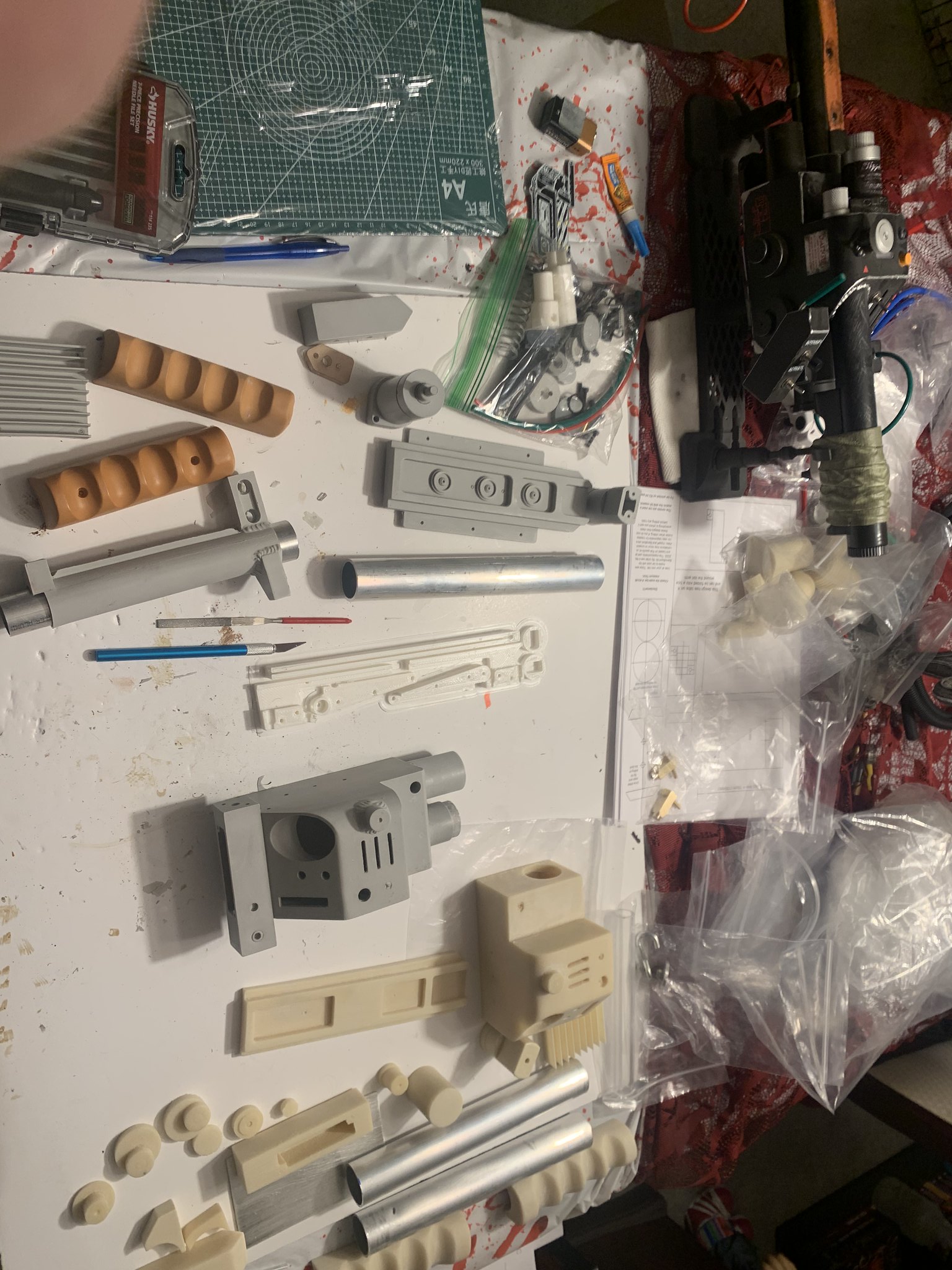 It looks so much cleaner and "simpler" to put together.

I still plan on building the BOK wand as well but just putting hte handle in the TC kit was so much easier than the BOK one. 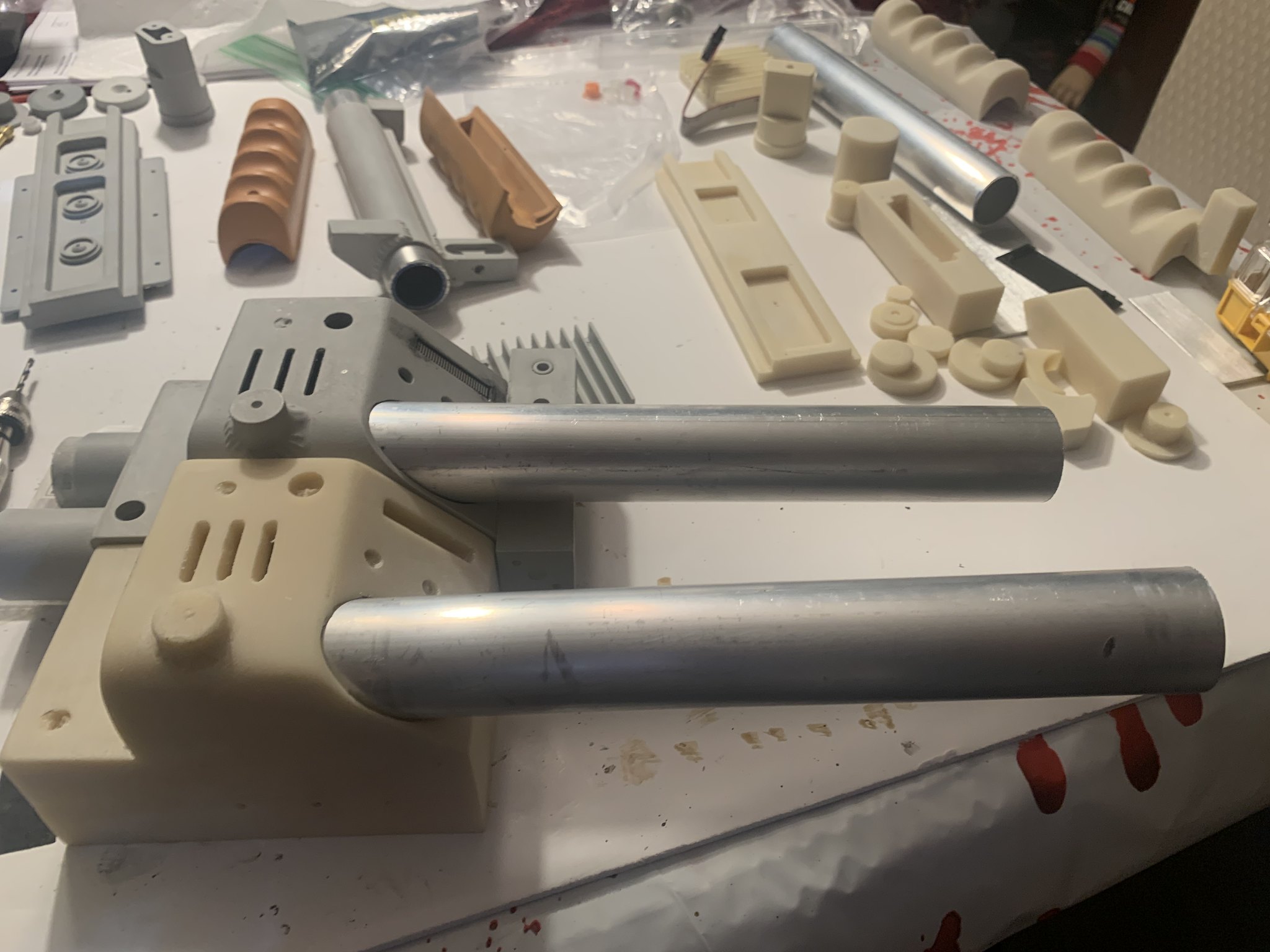 I did notice that the ninjatunes bargraph was not going ot fit in the TC space, to thin and long for it plus there is a ridge inside that whatever kit the TC is made for sits on. 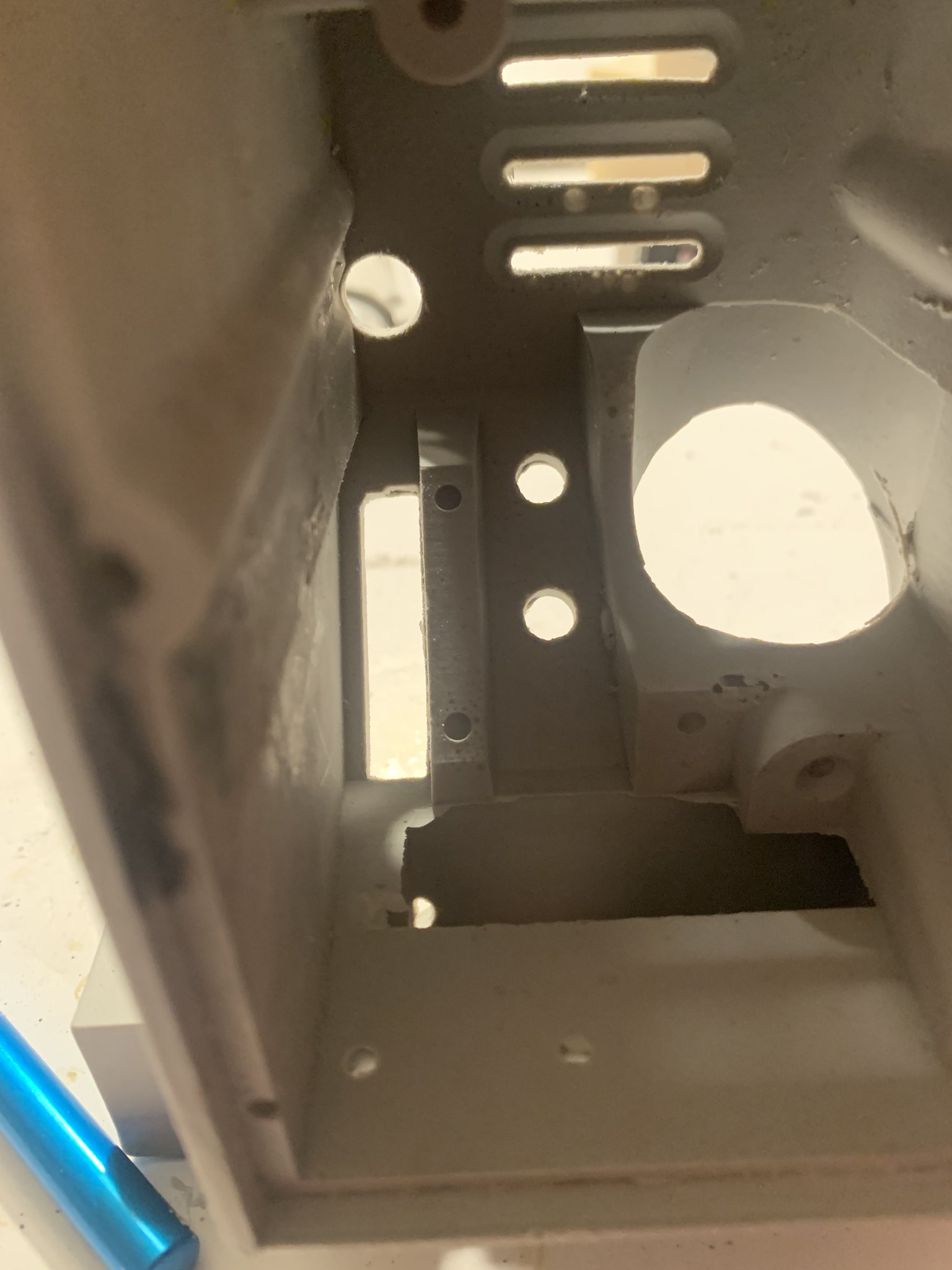 SOOOOO first mod of the TC kit is going to be to make the ninjatunes bargraph fit. 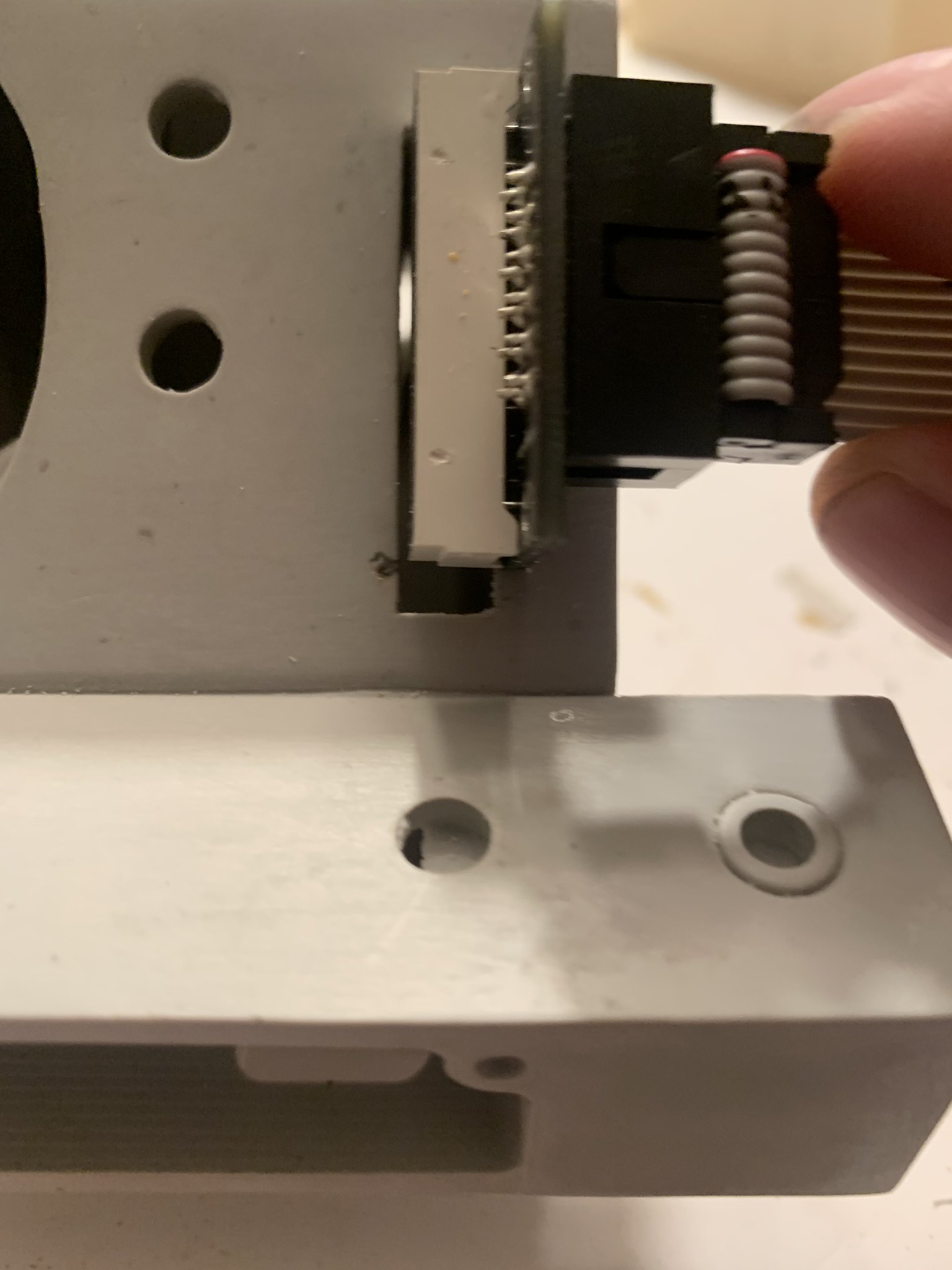 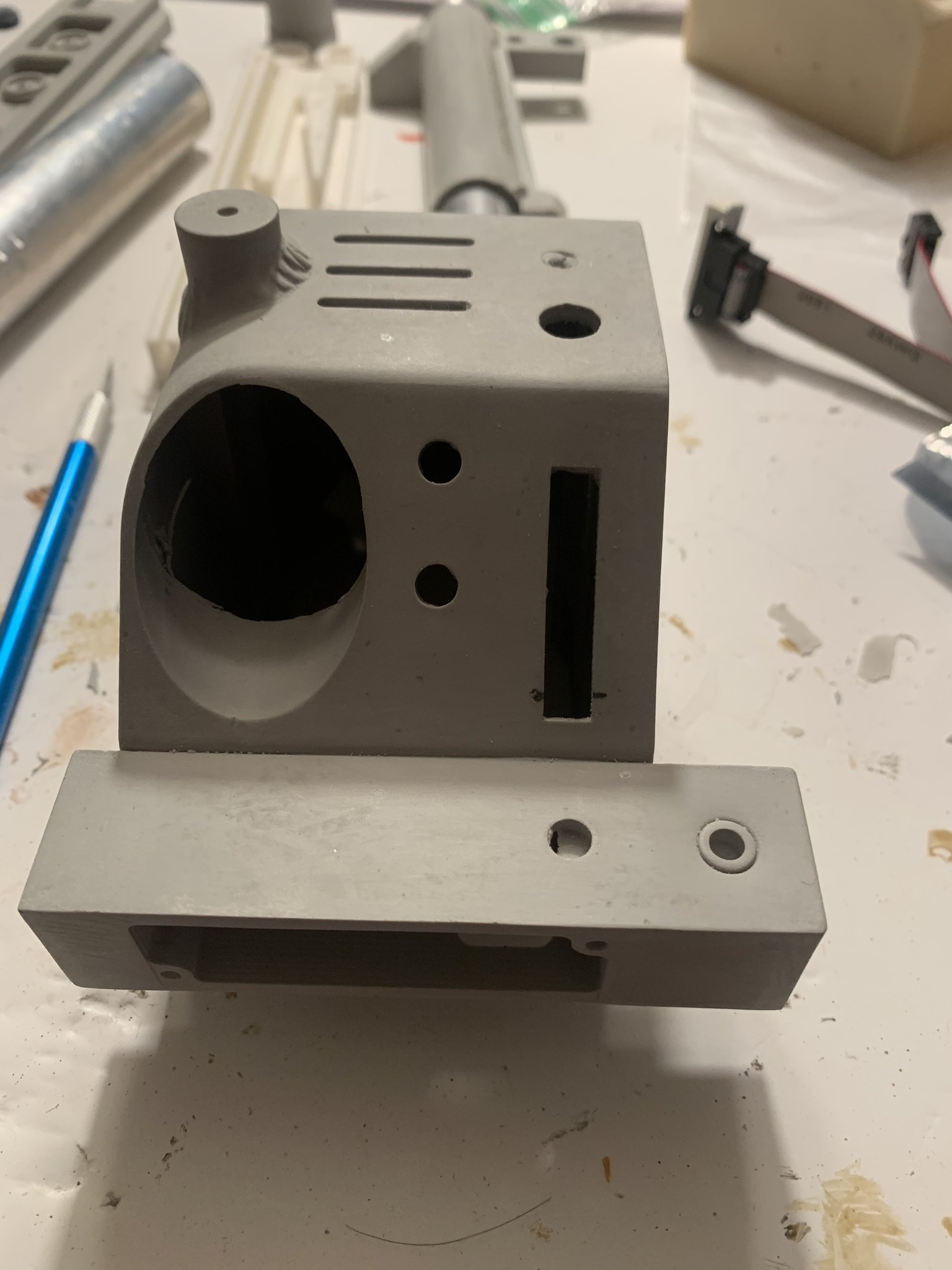 I split the difference between the top and bottom while making sure it still sat on the ridge to screw it in. 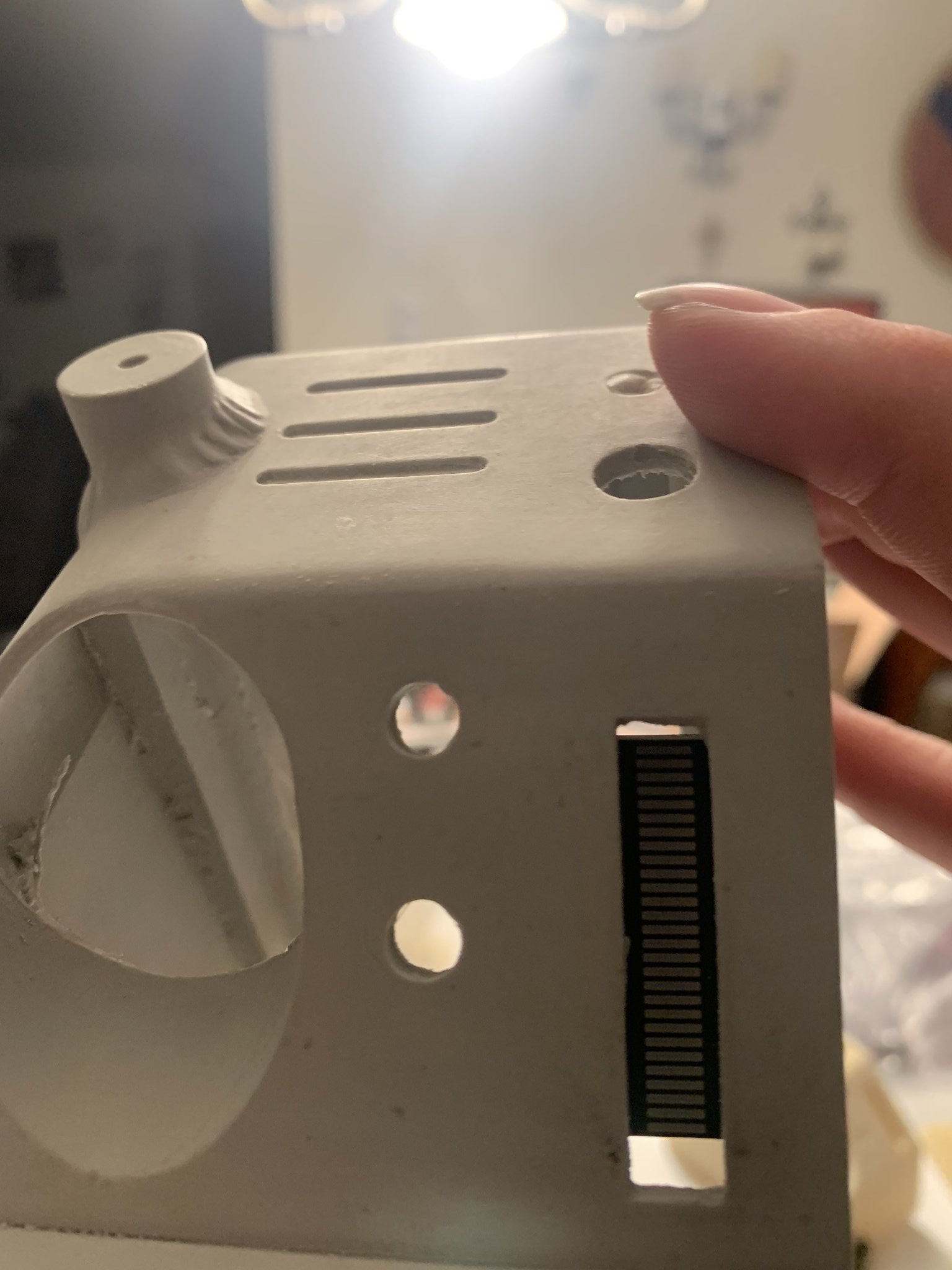 Then filled it in with black milliput 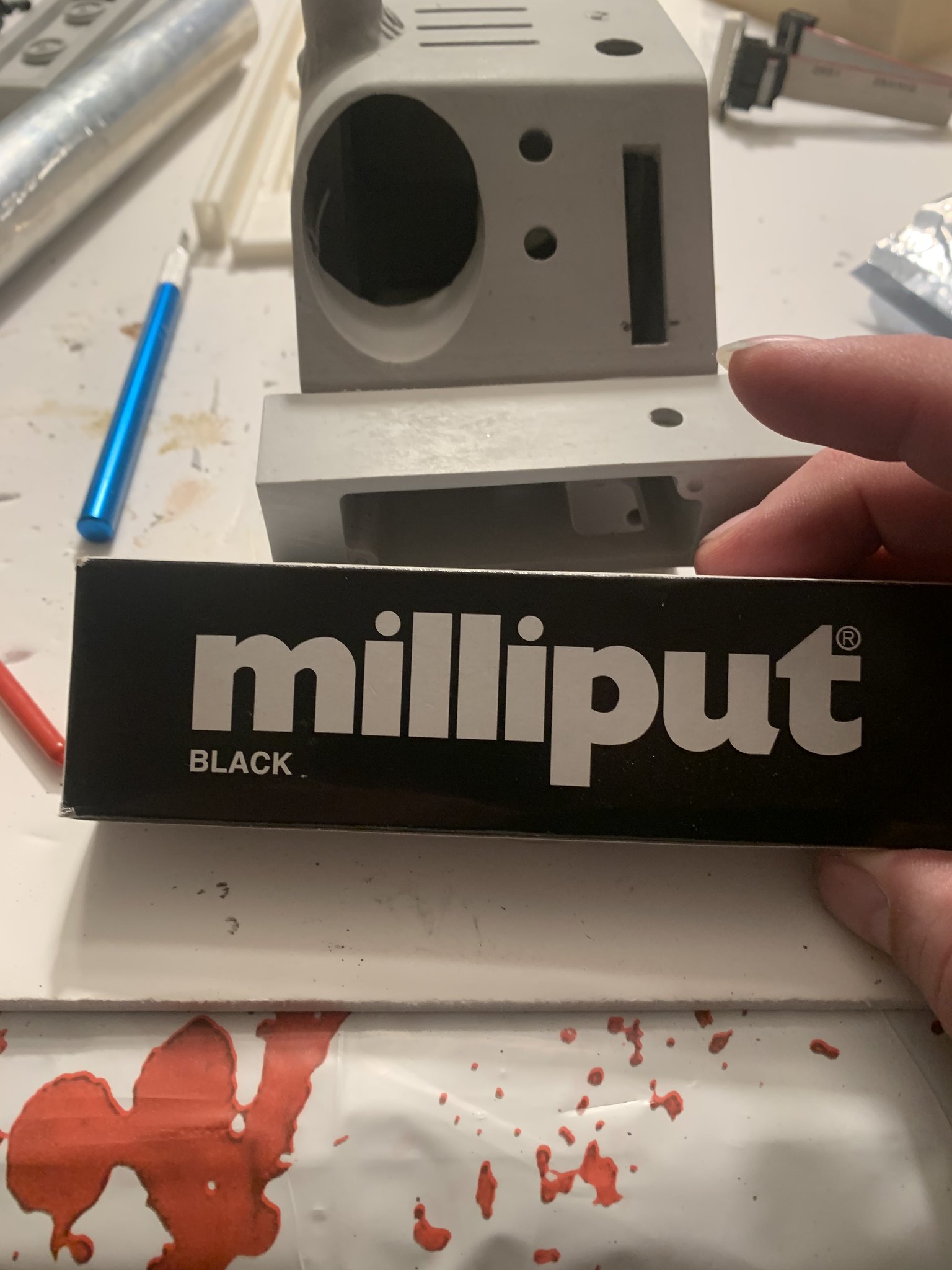 and let it dry and harden.

I opened up the side a little and filed everything smooth. I then ground the ledge down, little by little until the bargraph sat in the hole. 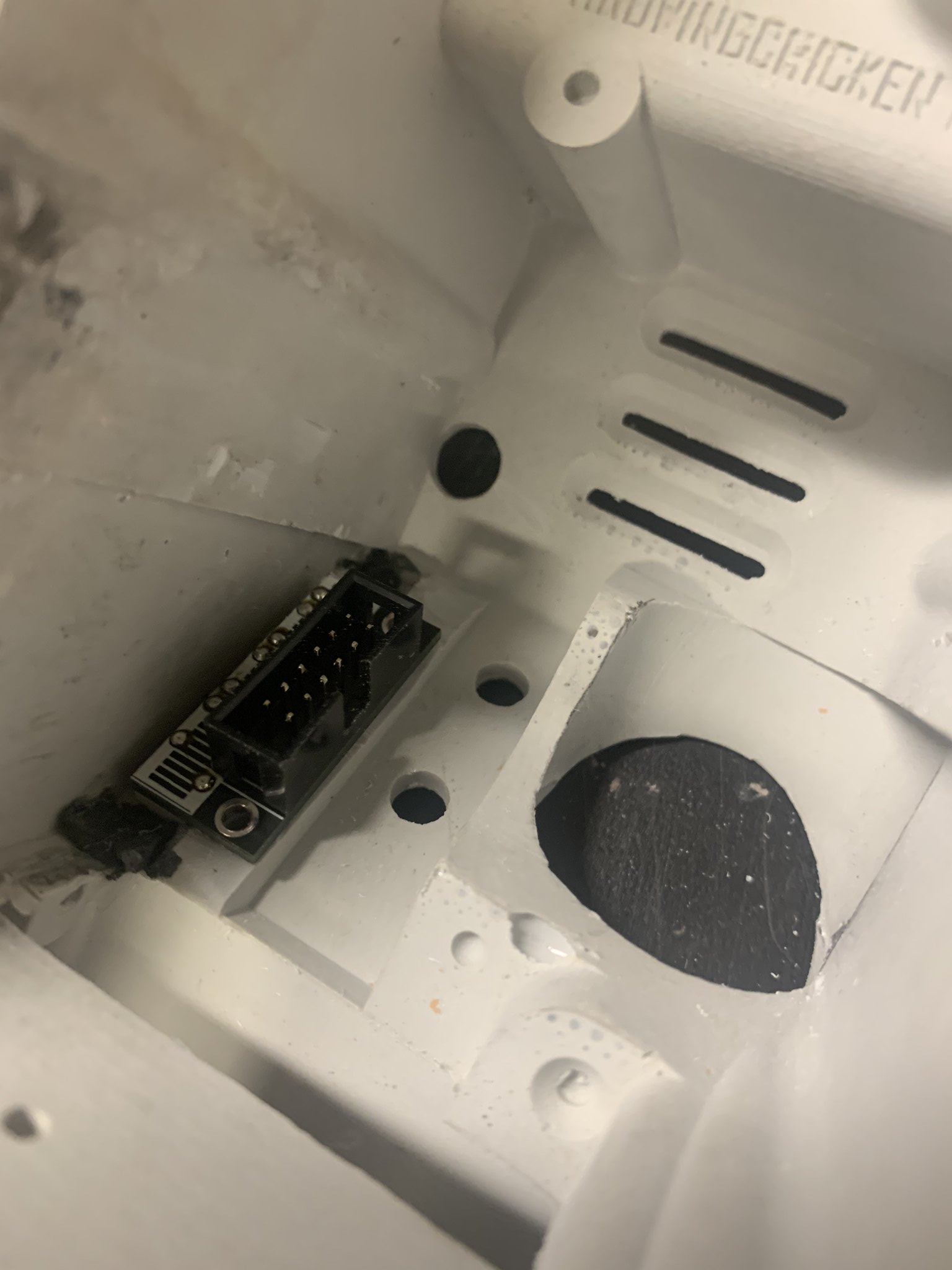 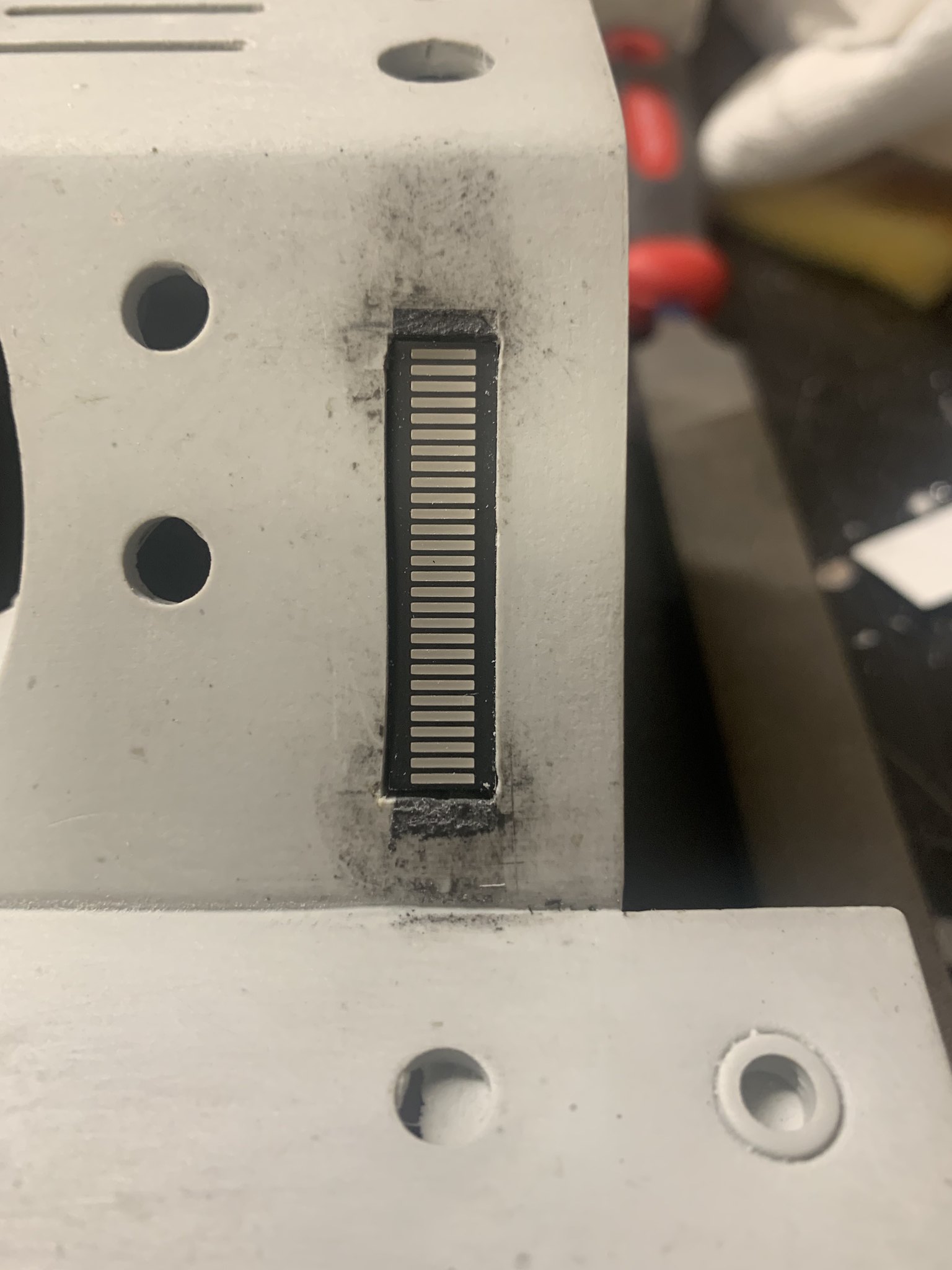 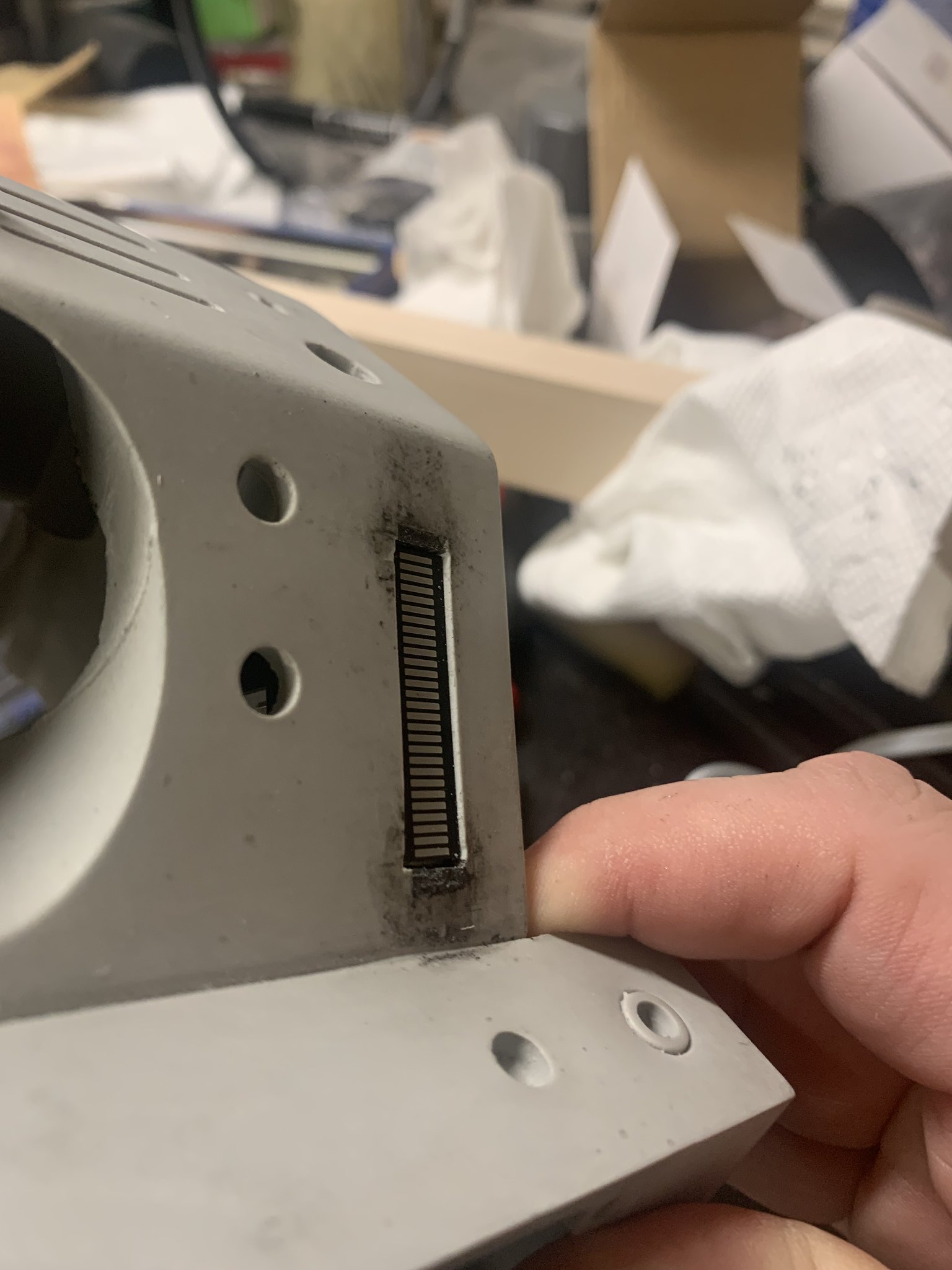 I may grind the ledge down just a bit more so that the bargraph is completely level to may just make a small bevel out of milliput to give it the correct look. 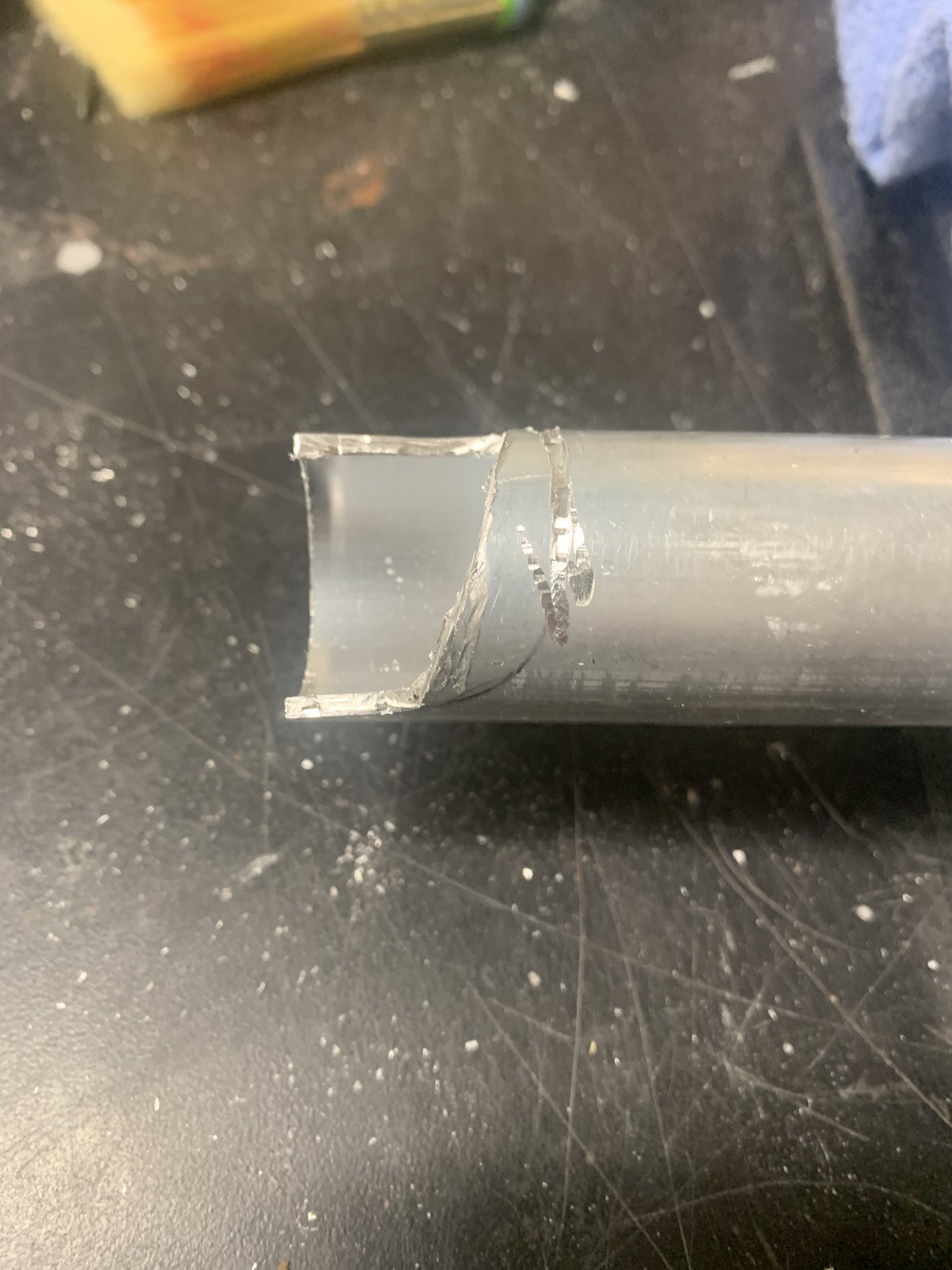 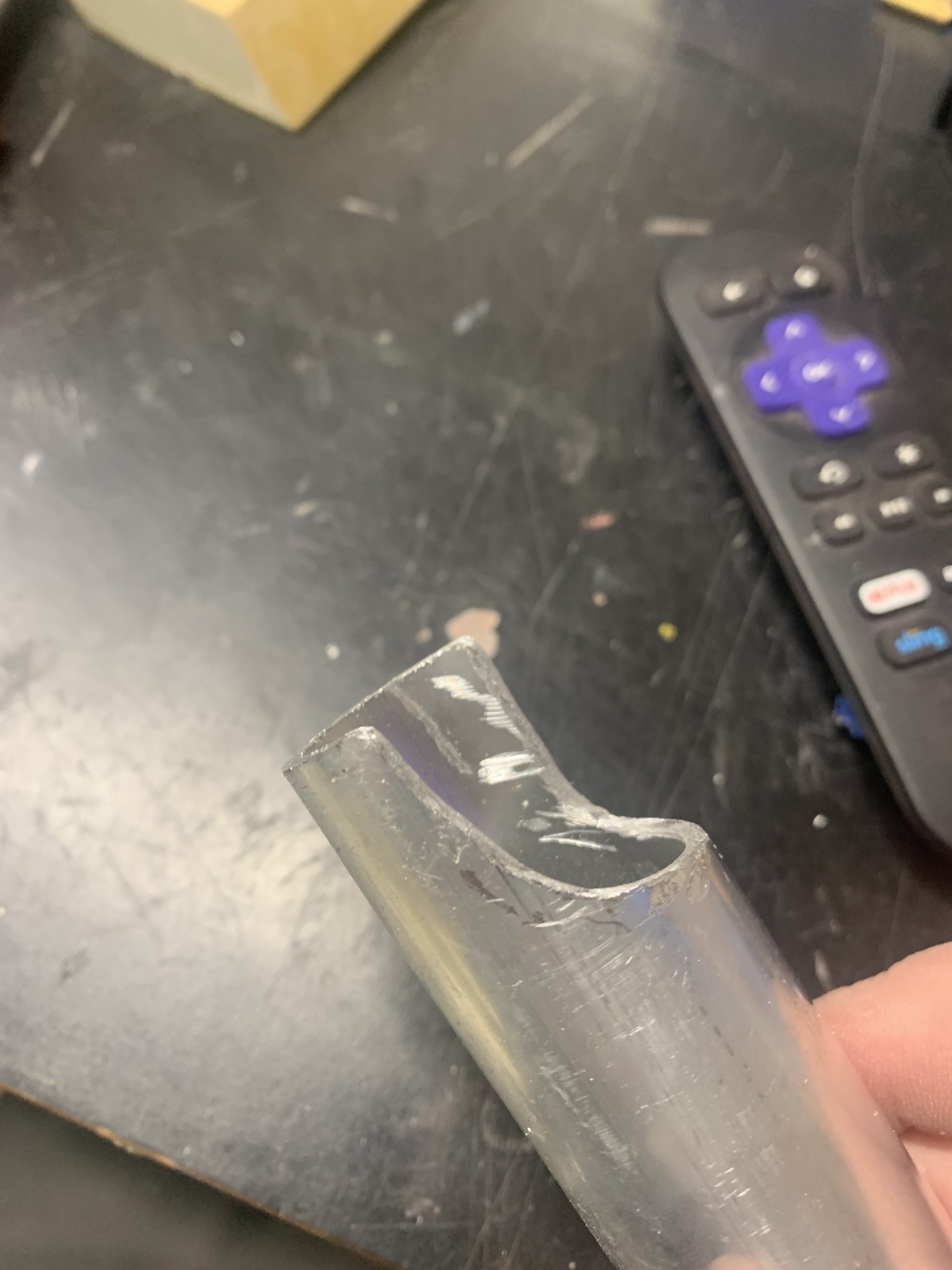 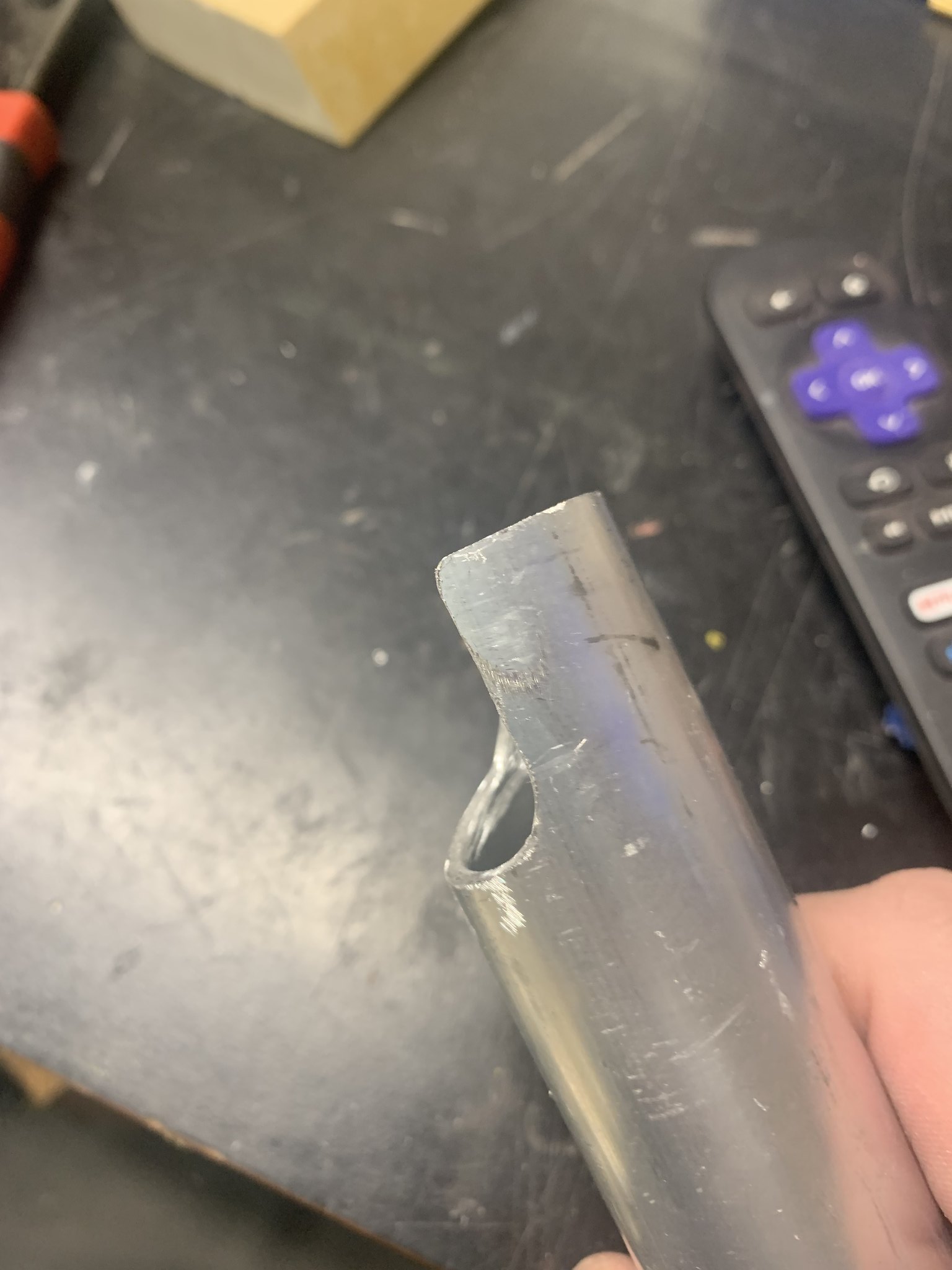 Then test fit it back in. I have not glued or screwed it in place yet, I want to be able to work around that area without the handle being in the way. 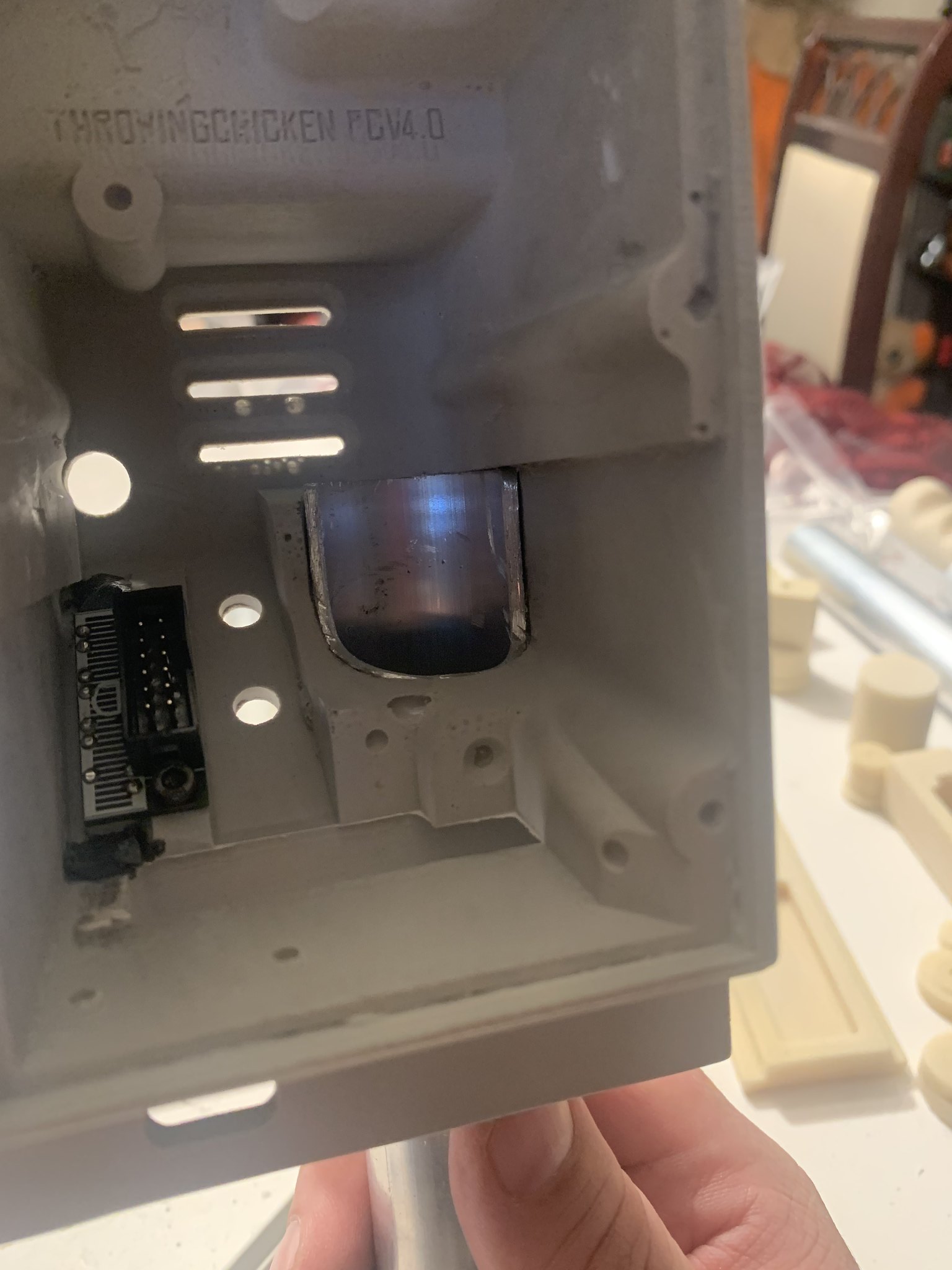 I am still waiting on my metal parts from BOK that I ordered when i received my kit, he said they should be here by the end of the week. It included the metal trigger and a metal heatsink for this as well as a metal shock mount which I no longer need since I got the Mack factory one.

The TC kit did not come with a trigger or acrylic tube so I am in stand still for that part until I order a different one or wait for my BOK one.

I am going to order the tube from GBfan and might order all the side discs and bangos as well for the thrower. Heck if I dont see them soon I might just order the trigger and heat sink as well.

I like the TC kit for the fact that all the pieces are seperate and you can get metal ones to replace the resin ones.

I did send a message to Justin but has anyone else used a GBfans aluminum gun track on the TC kit?
-Rob T.
When you can't run, you crawl, and when you can't do that, you find someone to carry you.

I swapped my BoK bumper for a gbfans one too, definitely the right choice!

Biggest frustration is the size of the acrylic tube that comes with the BOK and it’s really under size of what the gold standard seems to be. I think most people tend to switch them out in the end.
2014-2015 "Betty" - My Pack Build: http://www.gbfans.com/forum/viewtopic.php?t=38499