By mrmichaelt -  December 1st, 2022, 5:06 pm
-  December 1st, 2022, 5:06 pm#4974804
Sony Pictures Consumer Products have confirmed the auction for an Ivan Reitman Plasma Series figure will be hosted Monday, December 12th, from 9am PST to 9pm PST, with fans being able to participate in the virtual event, with all proceeds benefiting Children’s Hospital Los Angeles.
https://ghostbustersnews.com/2022/12/01 ... his-month/
ccv66 liked this 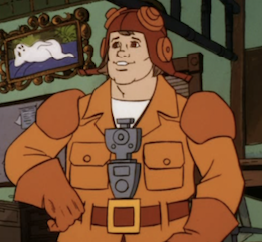 One time liked this

By ProtonPack83 -  January 17th, 2023, 8:12 pm
-  January 17th, 2023, 8:12 pm#4977181
Inevitably waiting for Hasbro to finally start releasing some new gear around this pack. They've had a TON of time to prepare for it - I'm really doing to be disappointed if they stop at the pack or simply wait eons until the new movie actually comes out. The 84' Wand should be high on their priority list, especially since they can now design it to talk to the pack even better and send the sounds of the wand THROUGH the pack, unlike the Spengler wand. Fully expecting a trap and PKE with the taser mode in the near future...but I've never seen Hasbro be timely in the modern era - go figure.
oidoglr liked this

Where did you find the Mack's Factory dry rubs? […]

One thing to note is that if they were copper […]