after building 4 Proton Packs, some Ecto Goggles and a Trap, i thought it s time to set a new challenge and build myself an R.T.V.

The goal is to get it done until the next Convention on May 26th. The build started a few weeks back but i didn't find time to write a project log until now.

I dont go for a fully smoking and sounding prop because of the tight space, but i want to include a few features in that R.T.V.:


The base for this build is a Traxxas Stampede as mentioned in Far451's Build thread. Because of the tight shedule with the upcoming Comicon, i choose the 2WD version instead of the 4WD which wasn't availlable back then. I thought it doesn't make much of a difference to the 4WD, but as i found out later, it makes a huge difference as you'll see later

First task was to strip down the RC car and get rid of everything i'll not gonna use. 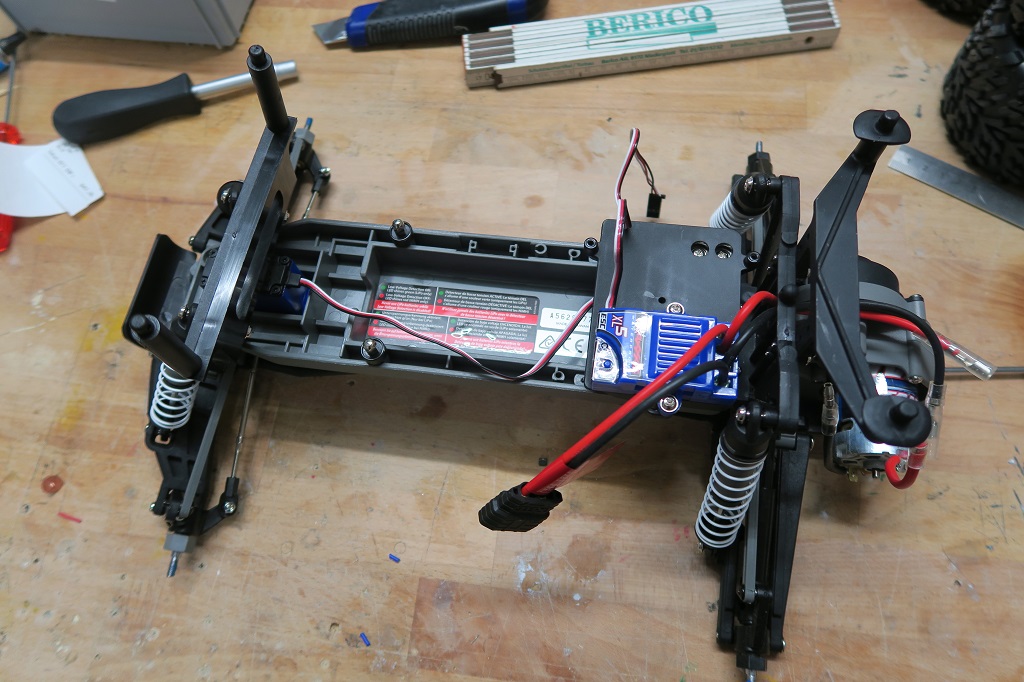 The standard Wheels coming with the Traxxas (as seen on the right in the Picture) are to small to match the Movie specs. Unfortunatley i couldn't find the wheels as seen in Far451 building log so i took the next best availlable matching the same dimensions (left in the Picture) 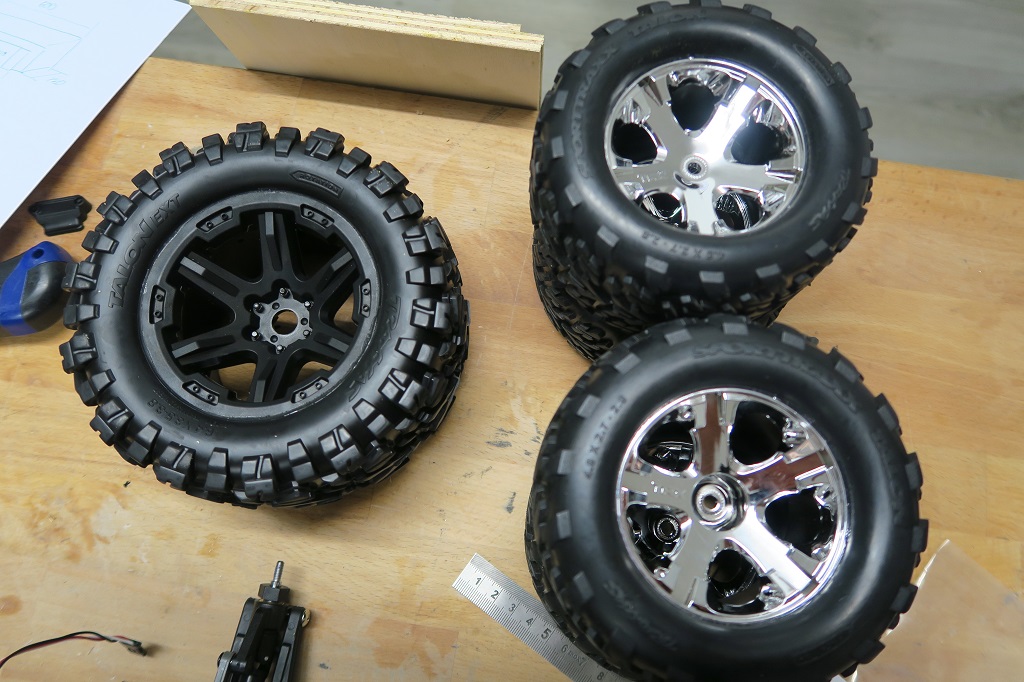 Notice that the front suspension is tilted slightly, so that has to be corrected to match the look in the movie: 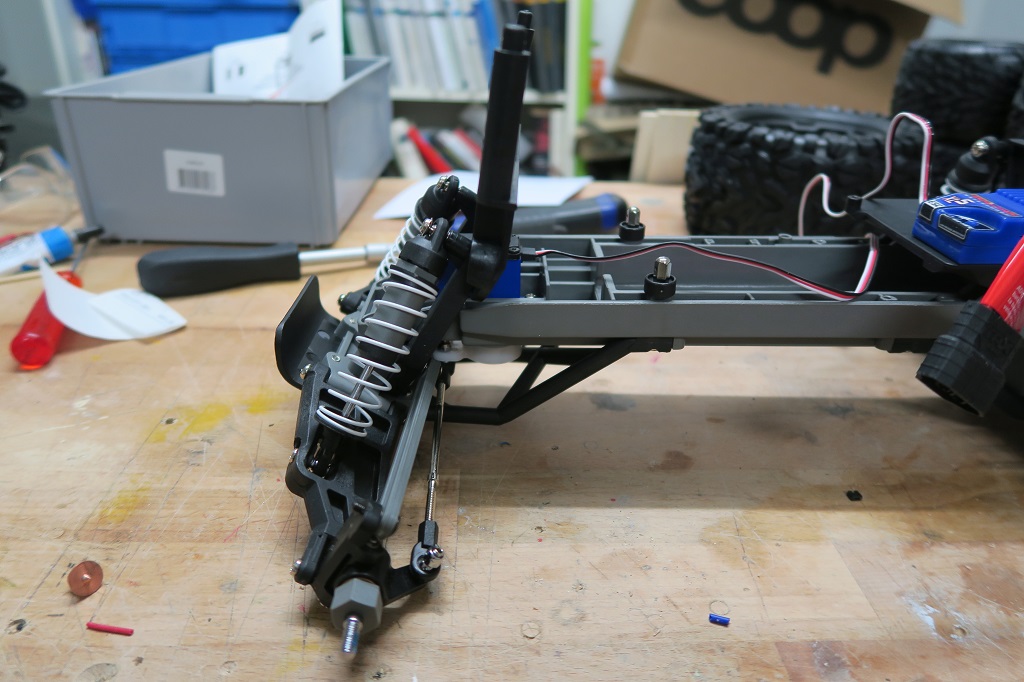 after researching in this Forum, the distance between the front and rear axis should be around 210mm to match the Movie look. The Distance out of the box is around 270mm: 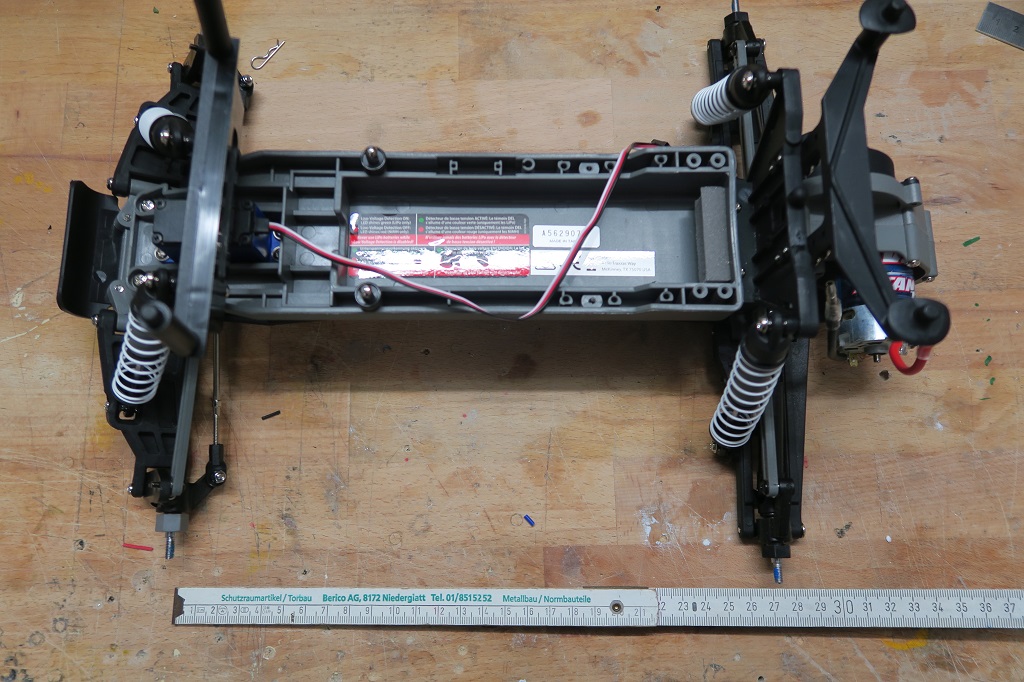 So what do you do with a brand new RC car? yep, you'll cut a part of the chassis out... 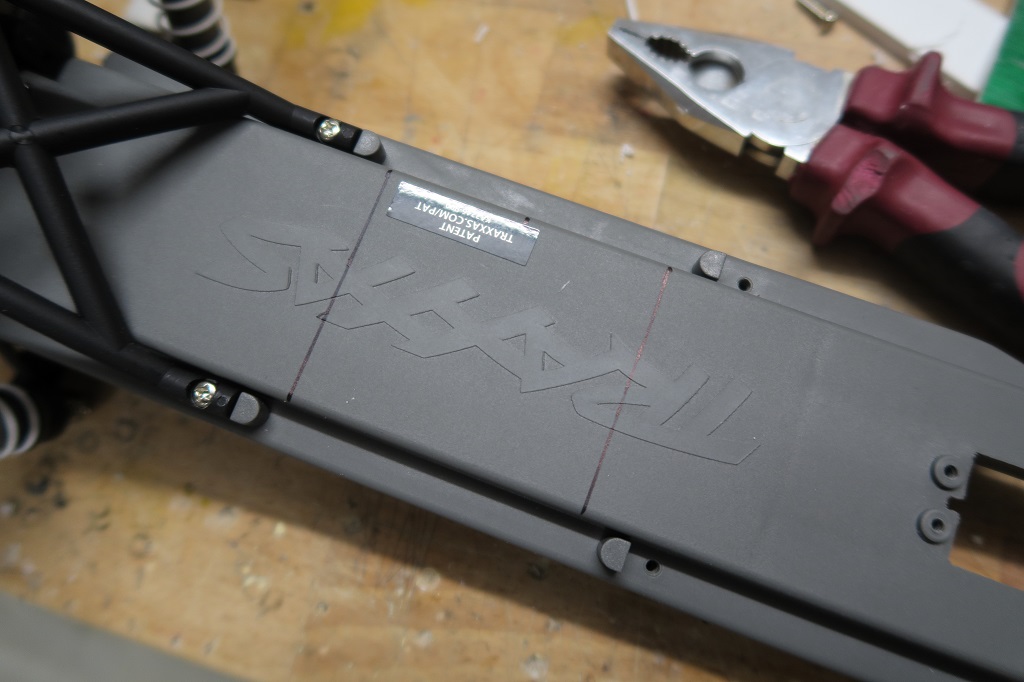 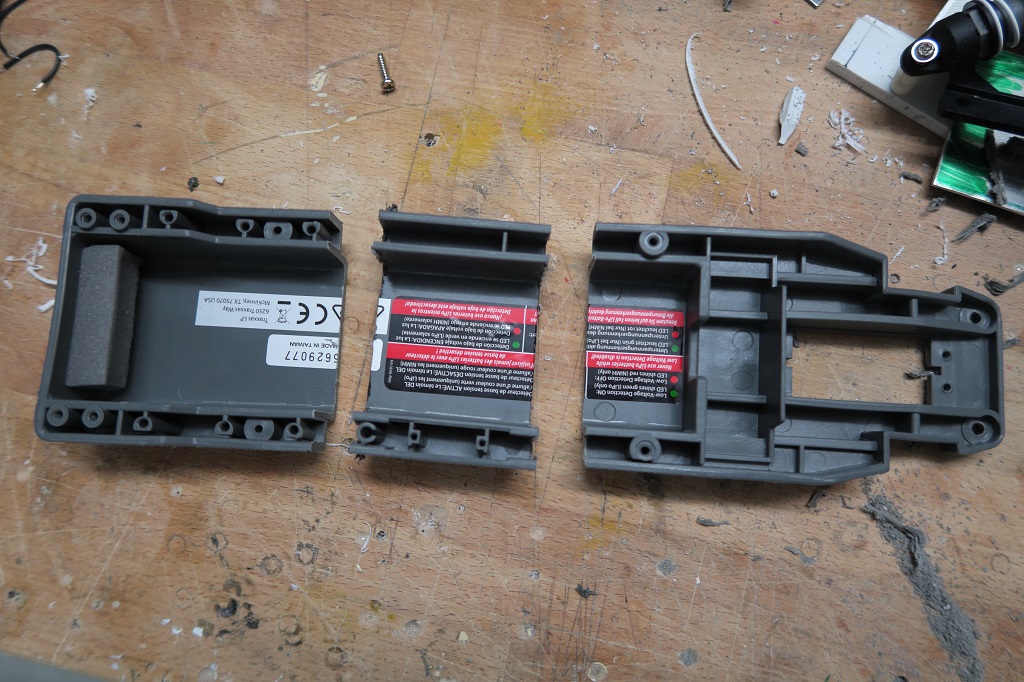 ... and glue it together to match the distance between the axis 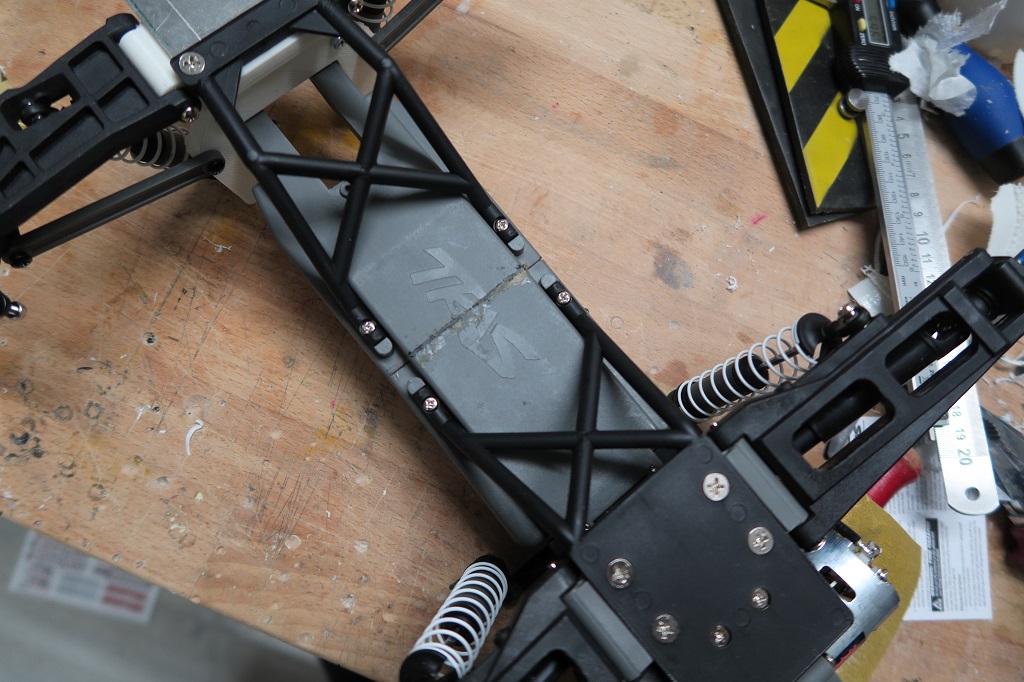 Next i had to get the front suspension right. I used my 3D Printer to print a new one which i created with CAD using the original mounting points on the chassis. (white part in front) 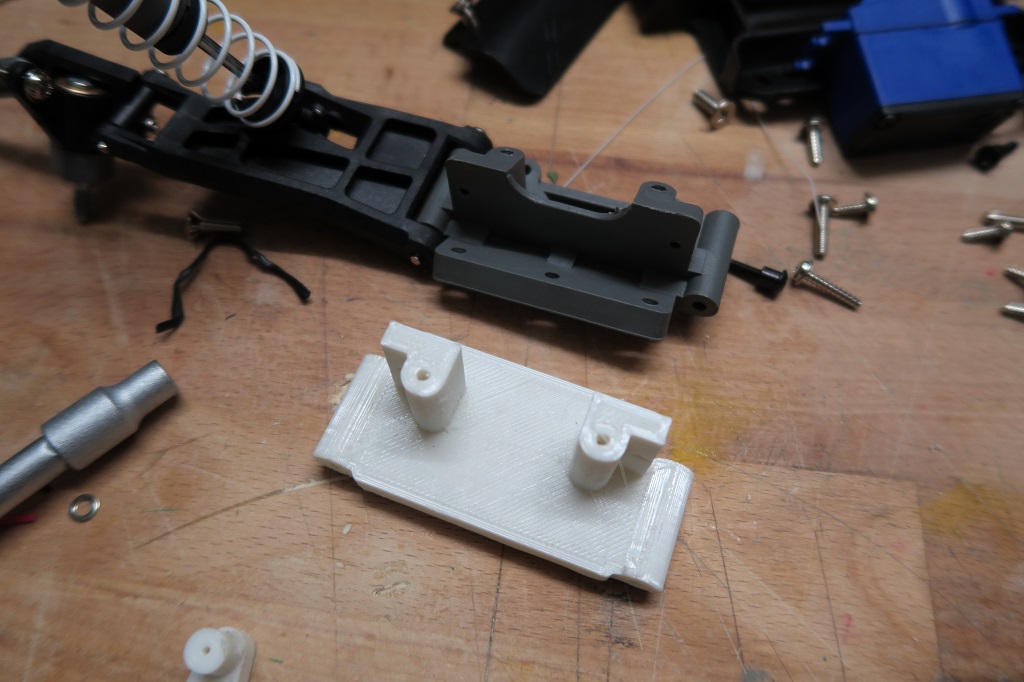 The Trap body is made from 5mm Polystyrene. The body will be bolted to the chassis with four screws, two from each side
Also seen in this pictures are the hexagonal sleeves already mounted to the original wheel hubs, so the bigger Wheels can be mounted properly. (Made with a Resin 3D Printer) 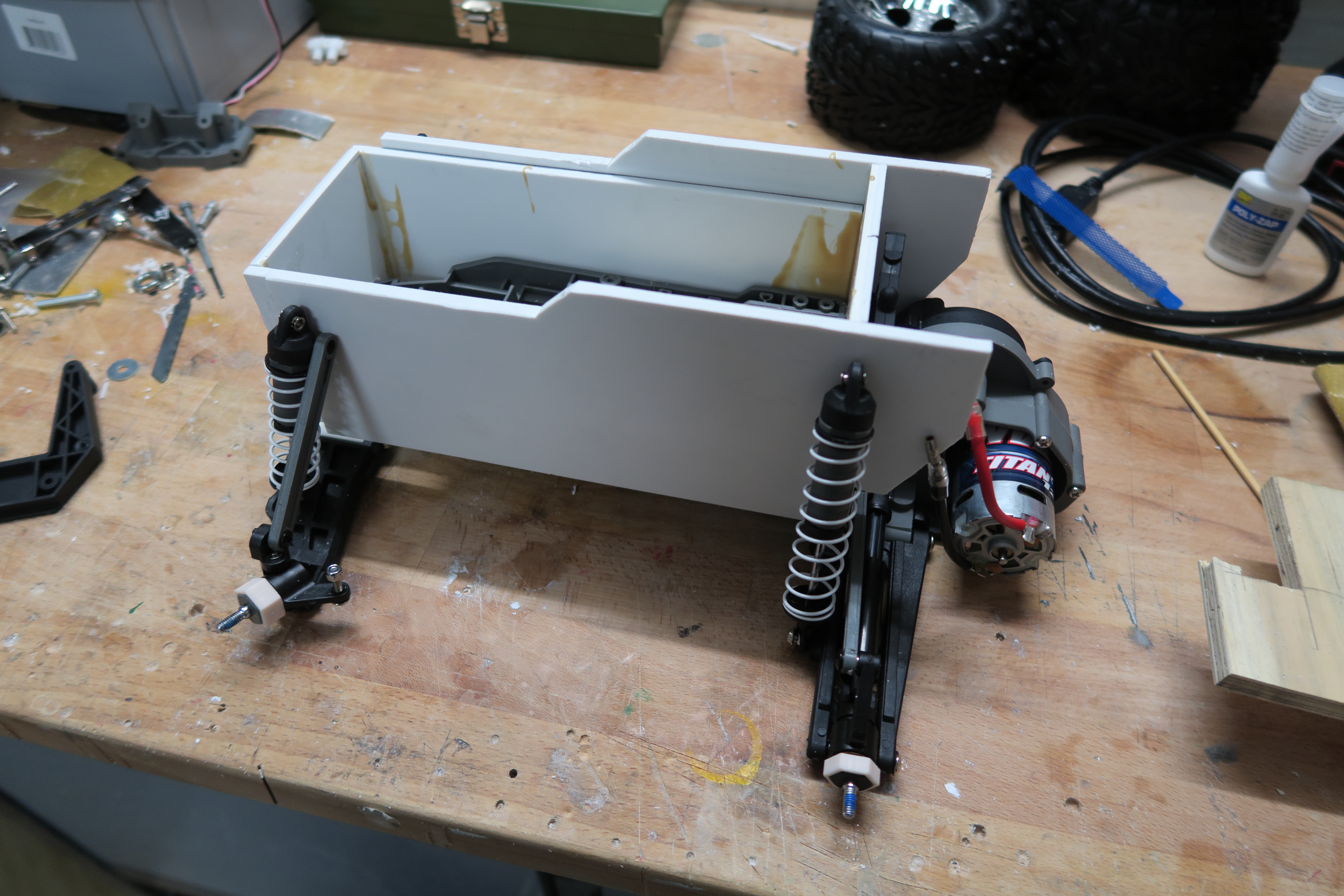 thats it for now, until next time

Cheers
Mike
CitizenBuster, tobycj liked this
It's funny how the Keymaster locks himself out several times during the movie...

please excuse the lack of Updates, i was visiting a Comicon from Thursday till Saturday

Lets continue with the mounting points vor the shock absorbers. The are made with a 3D Printer.... 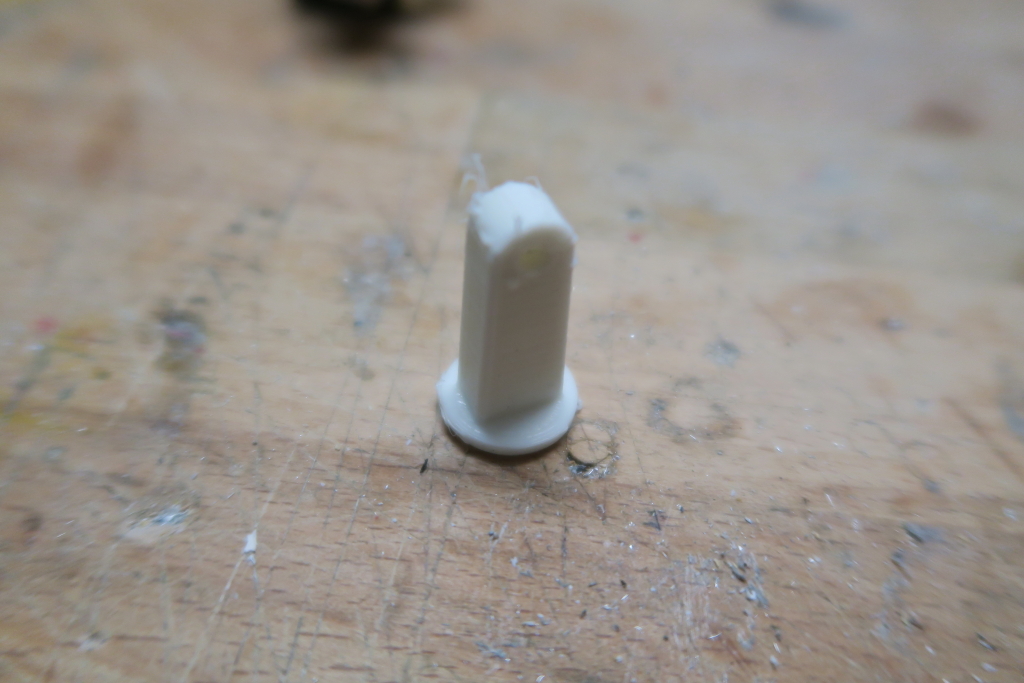 ... and glued in place from the inside: 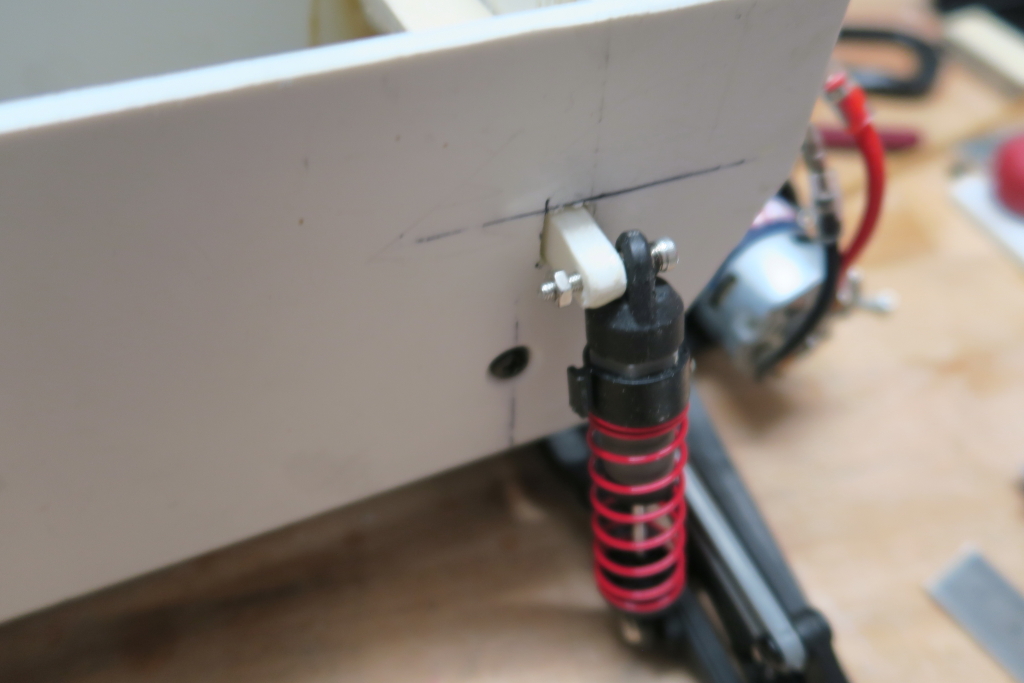 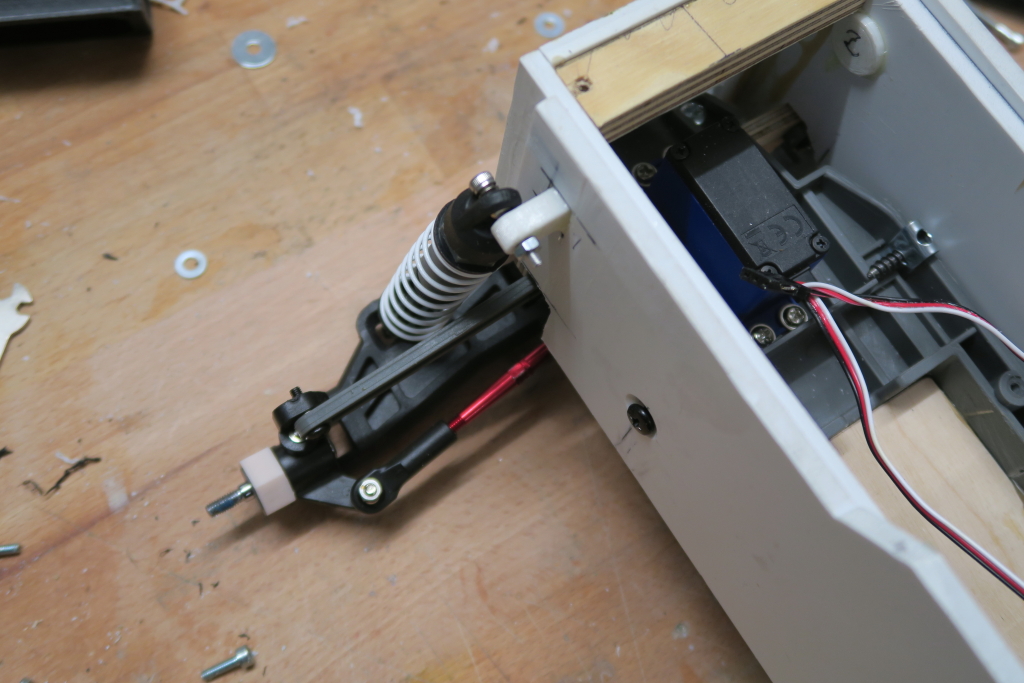 The trap body is mounted to the chassis with screws which i had lying around from a set of car speakers i've built into a Proton Pack: 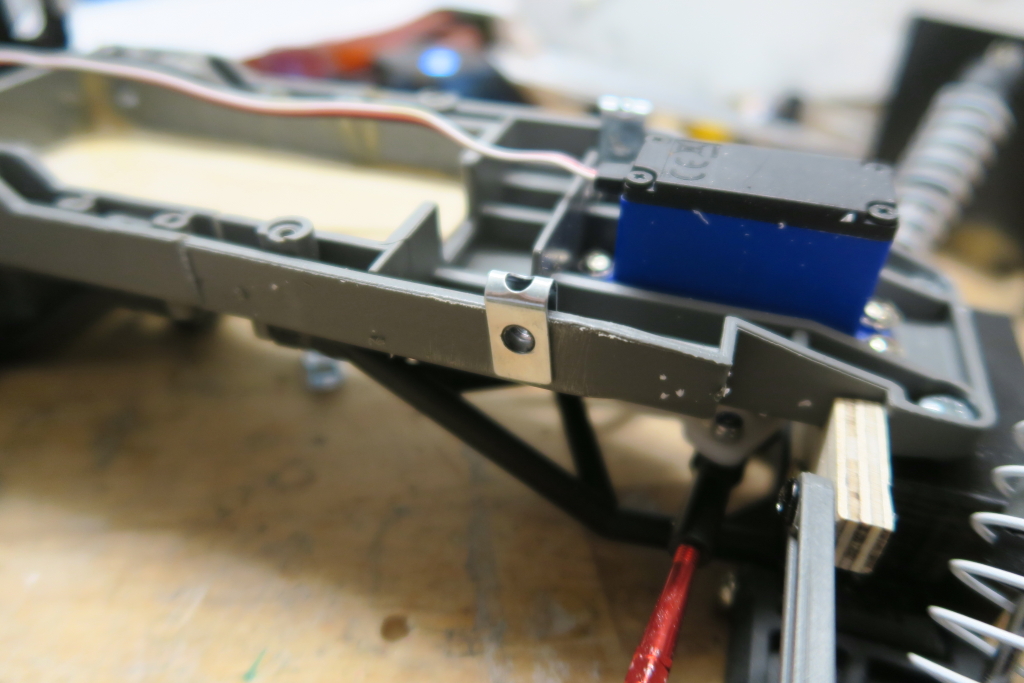 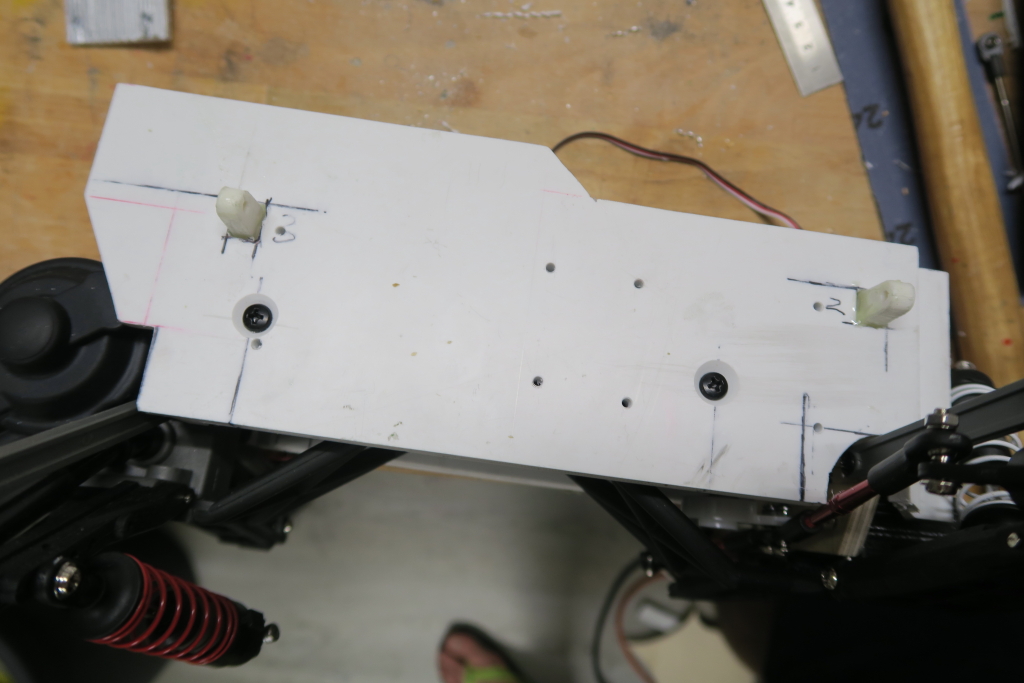 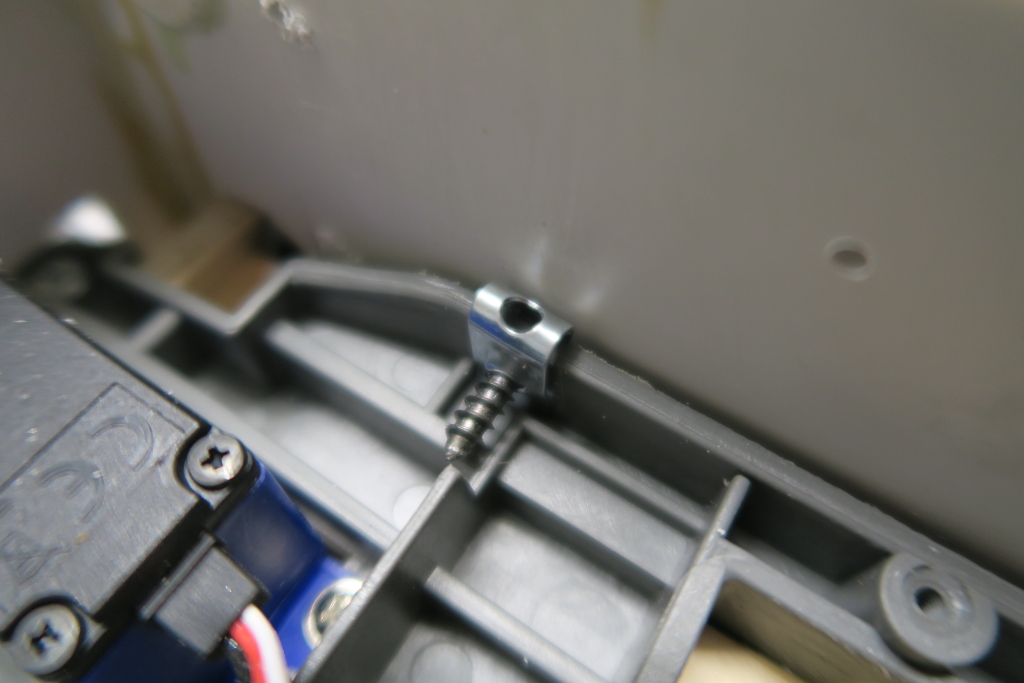 Meanwhile the whole Body starts taking shape. The lids, the frame on the top, the front part with the wings and the battery compartment are also made with the 3D Printer.

I used the 2WD Version of the Stampede, soi had to enlarge the battery compartment in the back to hide the motor and transmission. And i had to made some cutouts to fit them properly because the compartment is to narrow: 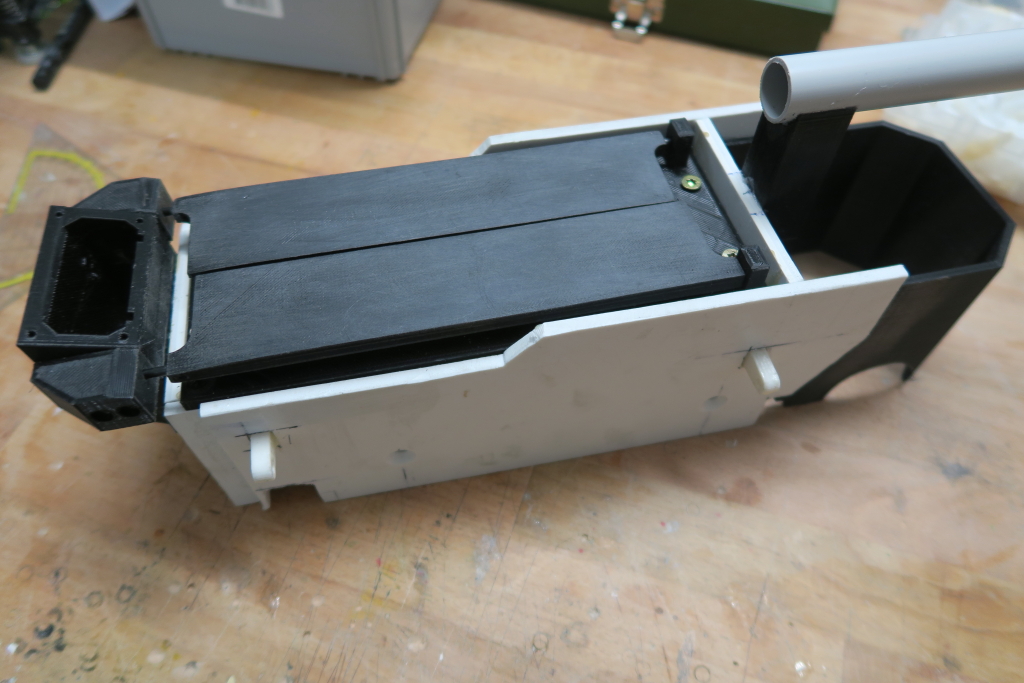 Some details are added: 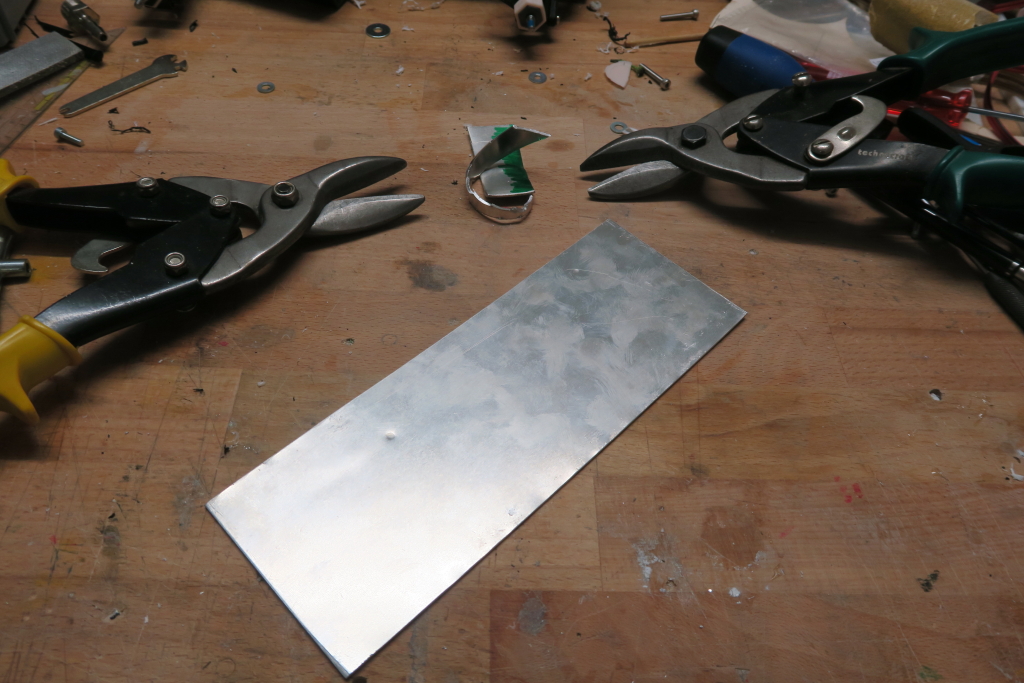 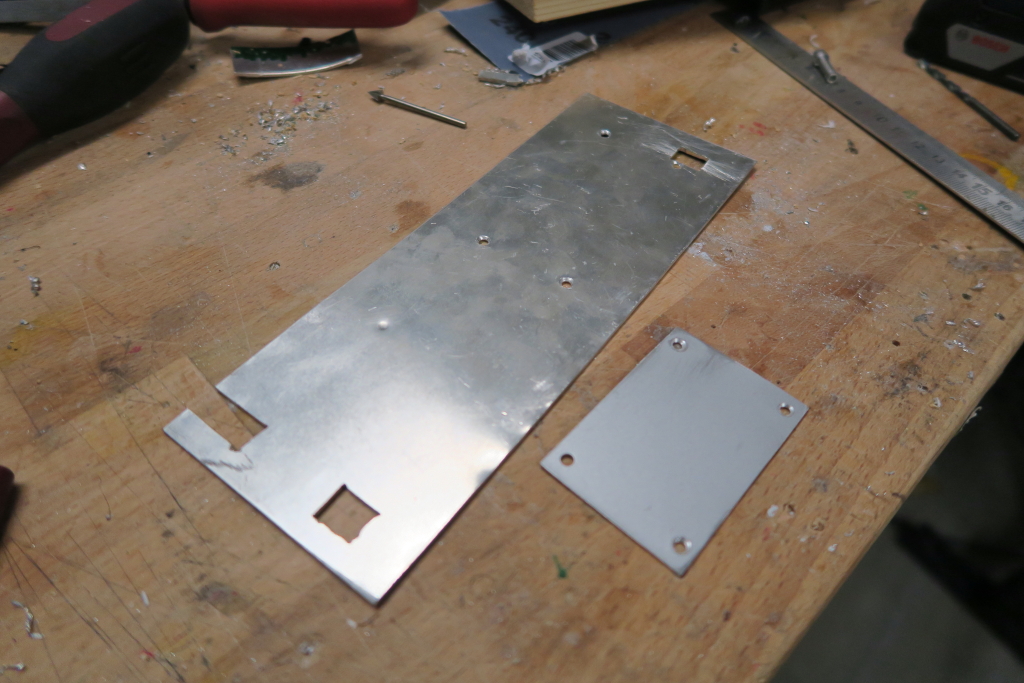 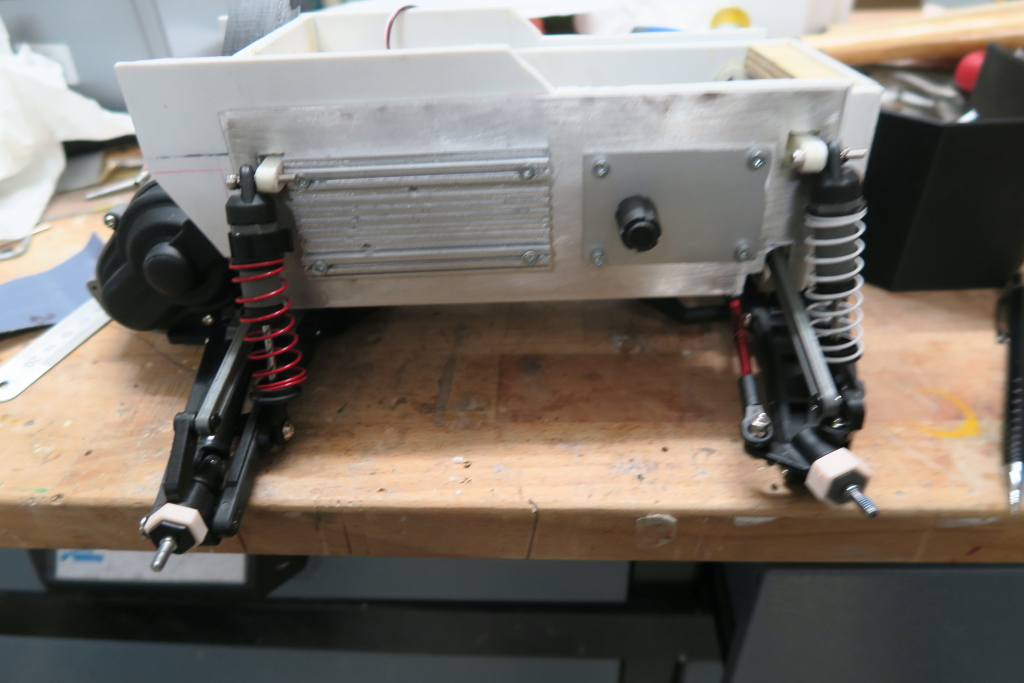 Now for the Animations:

To open and close the lids i had to print a bracket to mount the servos... 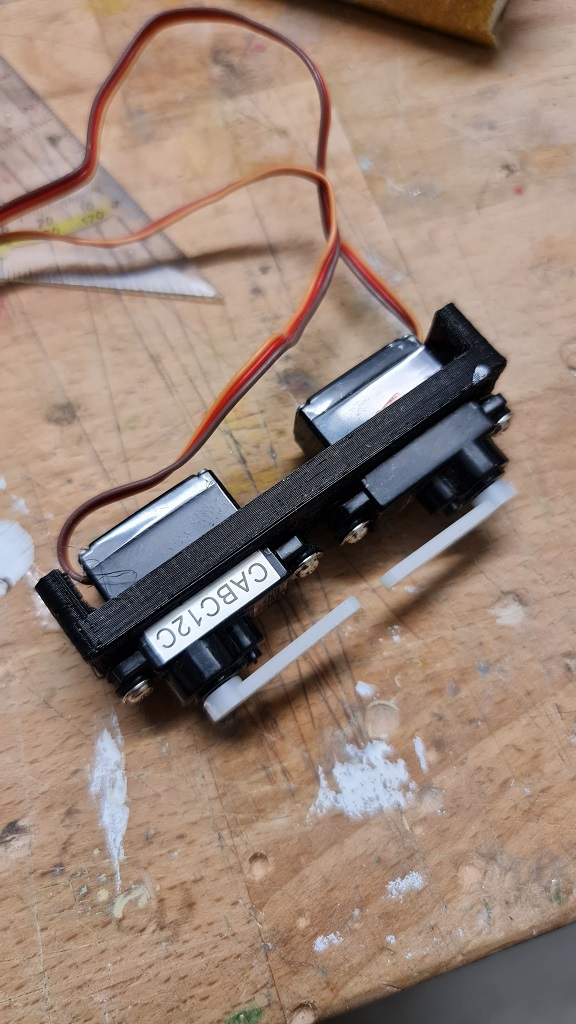 ...which are mounted directly underneath the top frame:

In the meantime, the 3D Printer was producing a front Lamp i designed in CAD which was fitted with a LED Module from the R/C Shop: 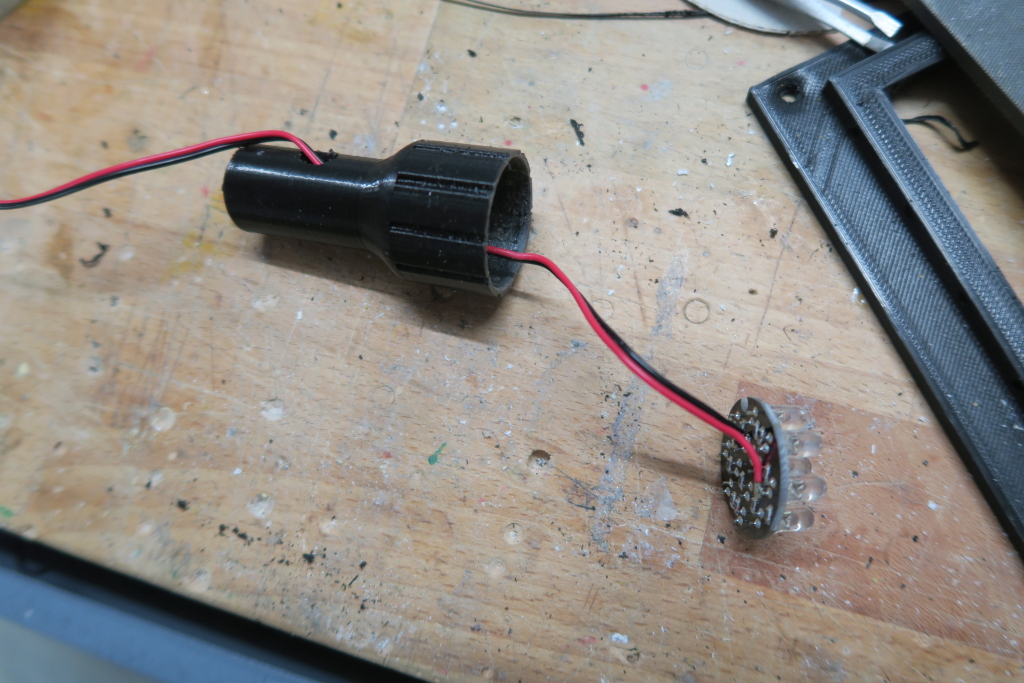 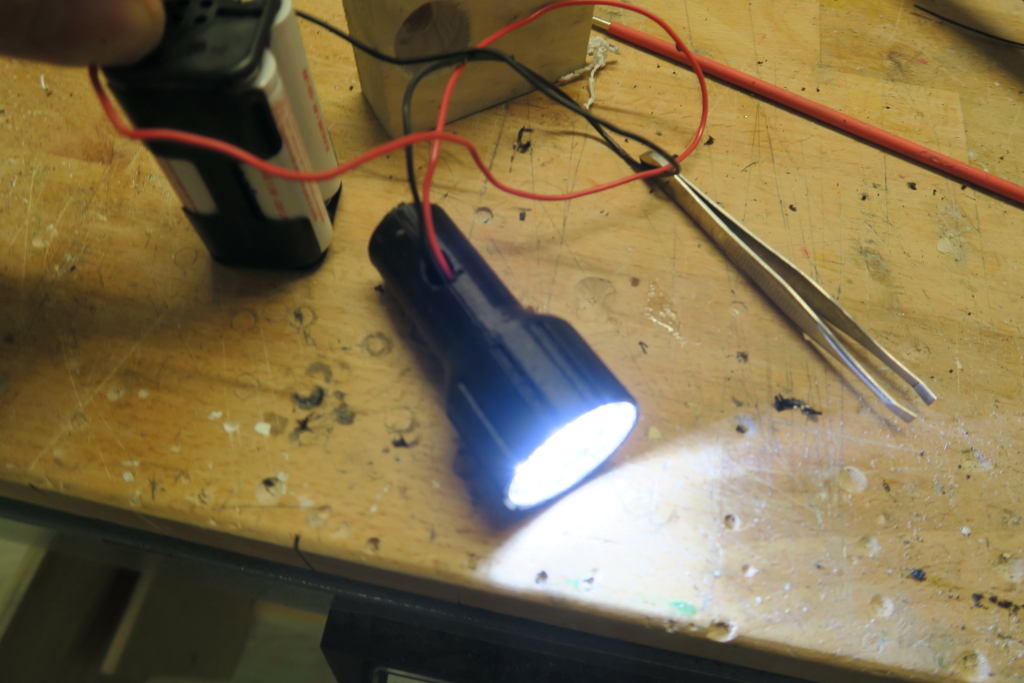 to light the inside of the Trap i had some of these 1156 LED Bulbs lying around... 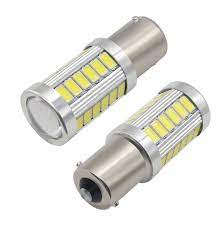 ... and i thought i could use them to make a "Don't look directly into the Trap!" - Trap

Unfortunately time was running out and i had to finish the R.T.V. for the Convention and i didn't had time to make some more Pictures of the Progress. In fact i finished it at 2AM on the same morning of the Con 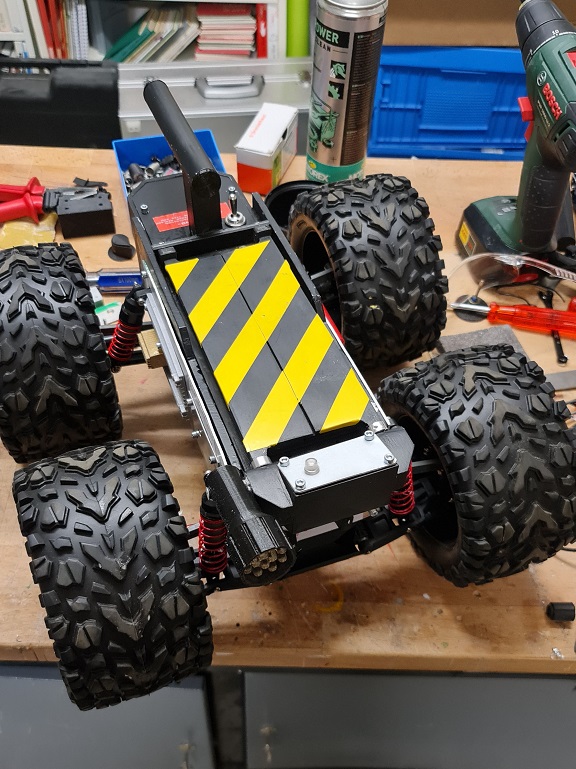 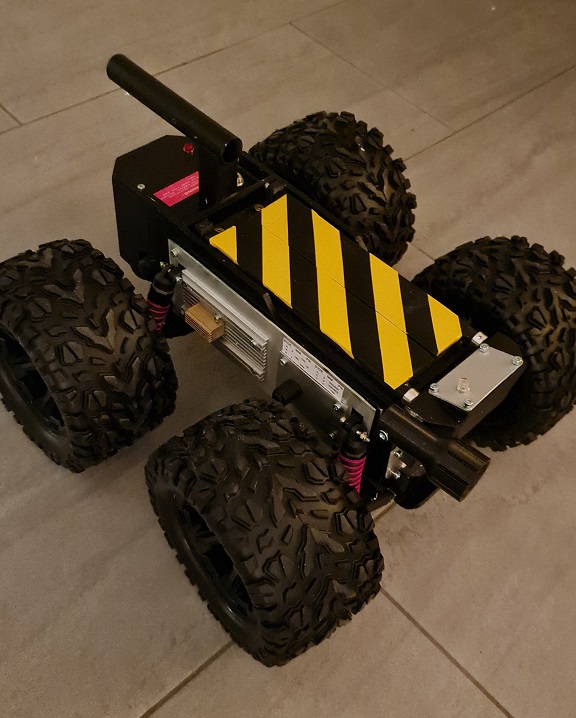 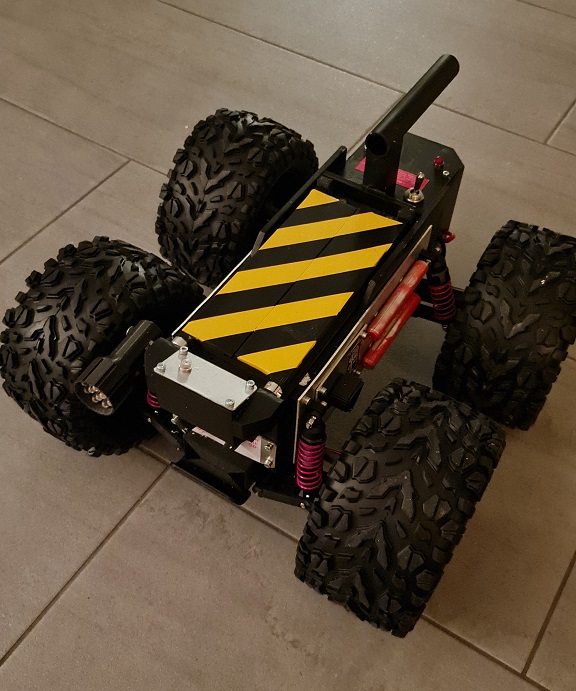 Things to be done:
To protect it from possible damages during the transport, i bought a case for the Trap, the Remote and the Battery Charger 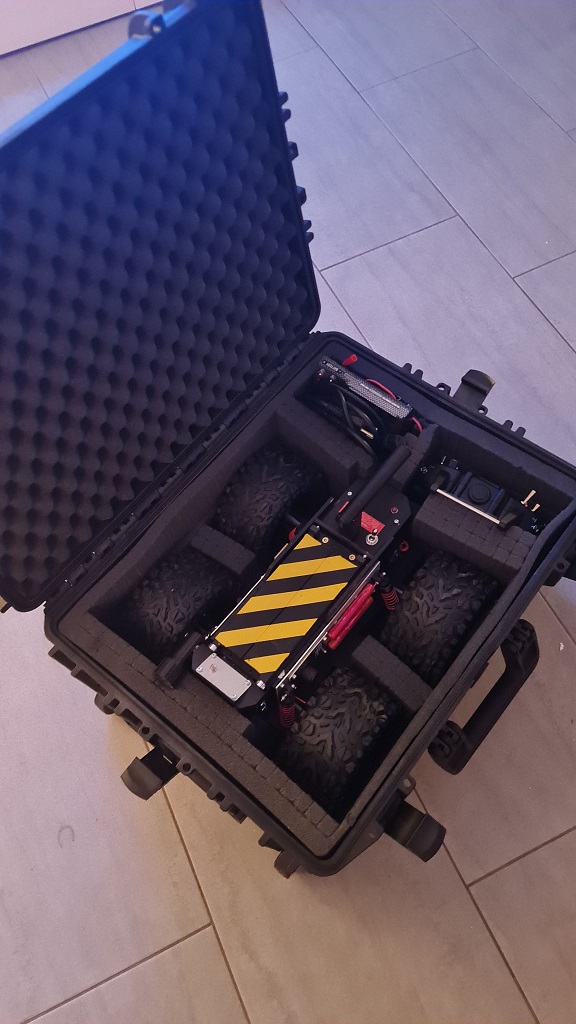 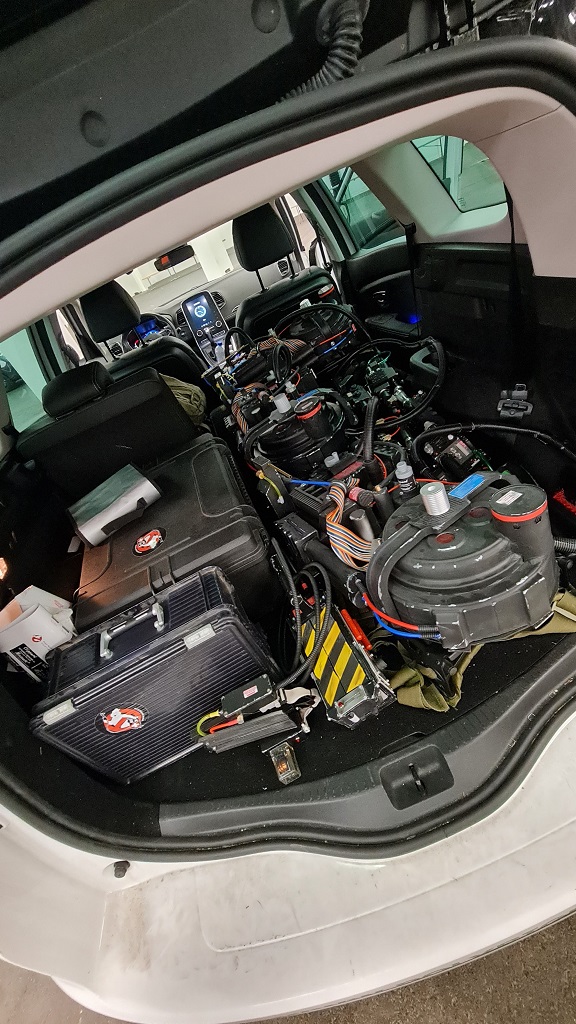 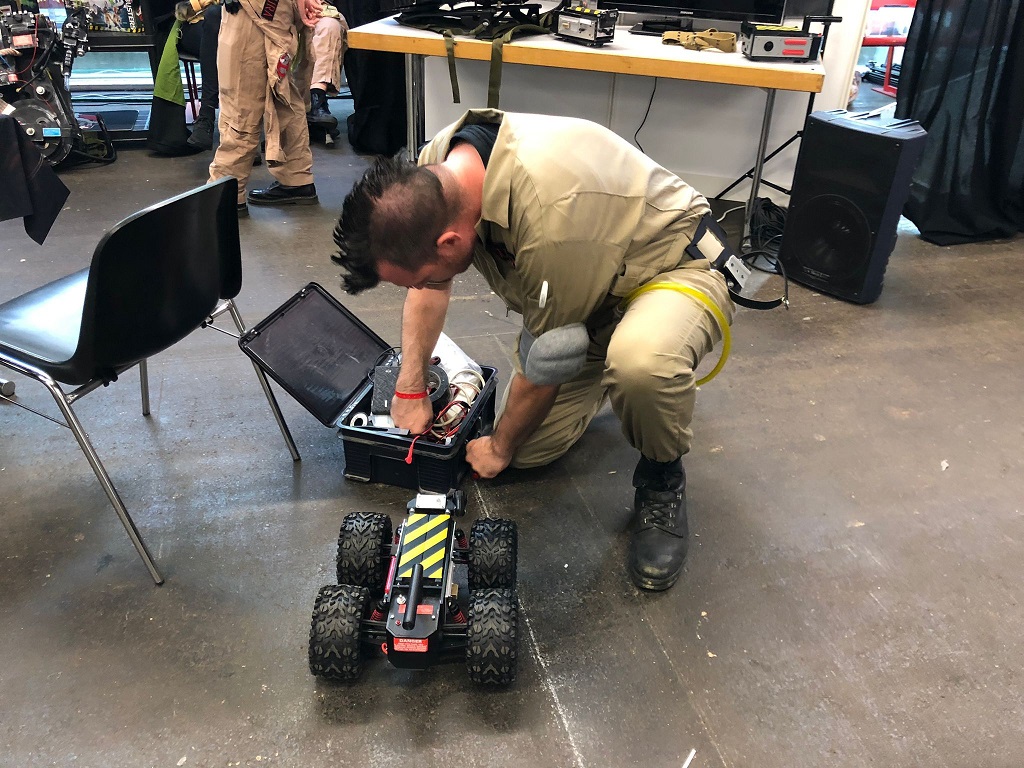 The People at the Con loved it

i will post a video as soon i got one with the Trap in action.

So, enough for today, Until next time

cheers
Mike
RedSpecial liked this
It's funny how the Keymaster locks himself out several times during the movie...

Thank you, much appriciated..!
It's funny how the Keymaster locks himself out several times during the movie...

Will be sentenced to 2 years. https://ghostbuster[…]

Thanks man much appreciated! I should have more pr[…]

I didn't use any kits. Every thing is just hand sc[…]