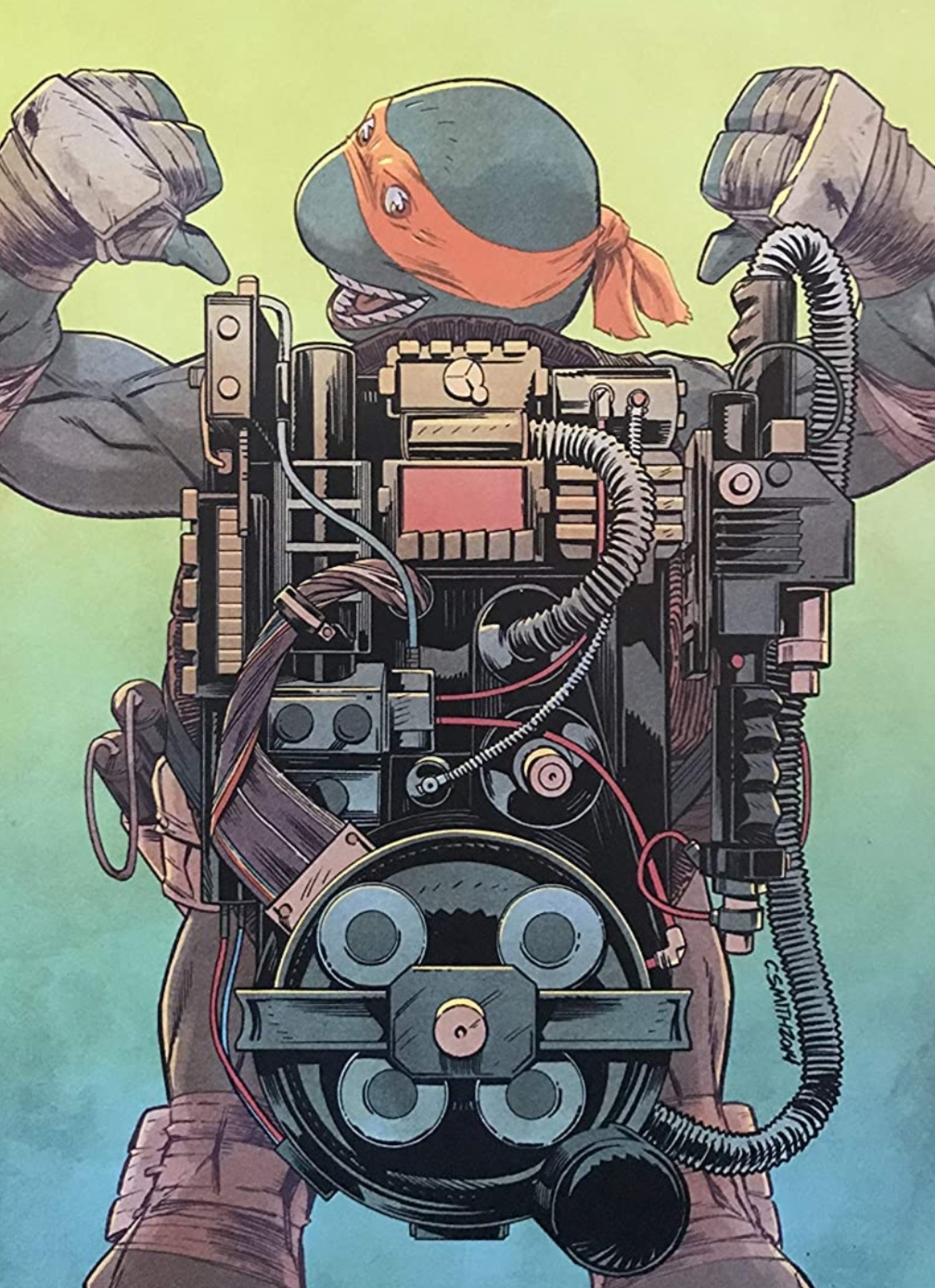 Broccoli wrote:I don't know if this has been mentioned here yet, but Hasbro PulseCon is happening October 22 and 23. Ghostbusters will be represented this year. Any speculation/hopes on what will be revealed? If memory serves, last year they revealed the Wrecto Plasma Series and the retro Ghost Popper.

New firehouse for the retro figures, please! I'd love to see a full size Proton Pack to go with the Spengler Wand

We still don't really know who the main baddie for Afterlife is just yet. Chances are there is an action figure in the pipeline for whoever that may be. Maybe a Muncher figure in the Plasma series or the dead miner we see in the trailer? There is also Dana Barrett, Janine Melnitz and Paul Rudd's character. If any of that is planned, we probably won't see any reveals until after Afterlife hits theaters (but they will want something on shelves for Christmas).

As far as classic figures goes, it would be really nice if the Plasma series would dip into Ghostbusters 2 and produce a Vigo figure. However, I wont get my hopes up as it seems this figure line is going for the typical characters you would expect to see. We haven't seen anything beyond main and secondary characters yet and Hasbro has already dipped into producing slime covered variants of the 4 Ghostbusters. If that doesn't spell it out then I don't know what will.

Real Ghostbusters Kenner Classics? If that is continuing, (which sadly I think its been cancelled) we might see a few more ghosts and maybe something like Ecto-2 or another wave of figures. A big surprise would be the firehouse playset but I really don't see that happening. I could be wrong but I don't think the Ecto-1 even made it to retail before Walmart started to clearance out the line. That seemed to be an online exclusive only.

Honestly, what I see happening is they'll use a short amount of time to advertise the Plasma Afterlife figures as well as the Fright Feature line and then drop one or two new items like an RC trap or a few new role playing items. Probably a mini-puft 12" plush priced at $60 to be honest Haha.

By Broccoli -  September 1st, 2021, 8:48 pm
-  September 1st, 2021, 8:48 pm#4954964
I hear what you are saying, but I wonder if they had to hold back due to the release of Afterlife. I can't see Hasbro (who milks everything they line they have) casually releasing figures for a toy line, especially compared to their other lines for Star Wars, Marvel, GI Joe, Power Rangers, etc. Those other lines are flooded with figures.

While GB may not have the hefty amount of characters like those other properties, I can't see Hasbro not getting the license to just let it sit ideally.

I have a sneaking suspicion that after Afterlife is released, the Plasma series will really start to open up. Maybe not as much as Marvel Legends, but I wouldn't be surprised if the other aspects of the franchise start getting represented like GBII, RGB, XGB, and ATC (assuming the license includes all of that).

By featofstrength -  September 2nd, 2021, 7:08 am
-  September 2nd, 2021, 7:08 am#4954995
Pulsecon will reveal all...I figure, if real Plasma scale Ecto-1 was ever part of Hasbro's plan, it would have to be announced before the movie is released and cools off. I would guess the same for any proton pack dreams. Heck, Im not even sure if a Plasma Slimer figure is gonna make it out at this point...would make a nice stretch goal tier for the car, I suppose.

Route66GB wrote: ↑August 31st, 2021, 11:22 am I went to a Target a month or so ago and saw they had the toys out and didn't get anything at the time. I've been back several times and haven't seen a single figure or set. Empty hooks always.

I've found the exact same thing - plenty of new GB stuff to go around then after everybody cleaned it out, nothing to replace it. I can't even find GB pegs at Target as they are buried in with Transformers and other stuff.
deadderek liked this

You will NEVER just casually walk into Walmart and/or Target to full pegs of GB stuff. Never.
"Ok. opening at number 2, to sub 50 million, next to the 2nd weekend of an animated kids movie, is NEGATIVE. Let me just clear that up right now. There is no middle ground on this. Studios DO NOT spend 100 million in marketing money to open at number 2. No sir. No. No. No. No." - Richardless

By 910dohead -  September 3rd, 2021, 12:43 pm
-  September 3rd, 2021, 12:43 pm#4955097
I have the UPC's for all of the new Plasma series figures but Brickseek doesn't recognize any of them. Target is always a let down for me when I drive two cities over in person. I'd like to not waste my gas or my time. However, I have them pre-ordered on BBTS so I will just save the gas money. Wish it were that easy with Walmart and those new vintage turtles. Same issue there.

I think with WalMarts involvement in the movie your going to see a huge marketing push from them. Including an expanded toy selection.

By Peter Venkman Jr. -  September 5th, 2021, 7:25 pm
-  September 5th, 2021, 7:25 pm#4955170
At my local Target today, I got a Plasma series Trevor action figure. I noticed that a lot of the Ghostbusters merchandise that was in the toy department during my last visit had sold. Apart from the Trevor action figure I bought, only a handful of Fright Features action figures and the MOD Proton Blaster nothing else was on the shelves. Hope that Target restocks again soon.

I think with WalMarts involvement in the movie your going to see a huge marketing push from them. Including an expanded toy selection.

Walmart toy aisles near me are ghost towns. I would like to agree with you but their aisles look like one would think they're going out of business. I am not even going to go as far as saying Covid and shipping restrictions did this, but this has been ongoing for years prior. I think only certain type of Walmart planogram-set stores will maybe get a dump bin of product. You're giving Walmart too much credit of being a competent retailer that audits its product properly. Target is just as bad at this. A huge marketing push would be great and plentiful product would be great but I really don't see it happening. 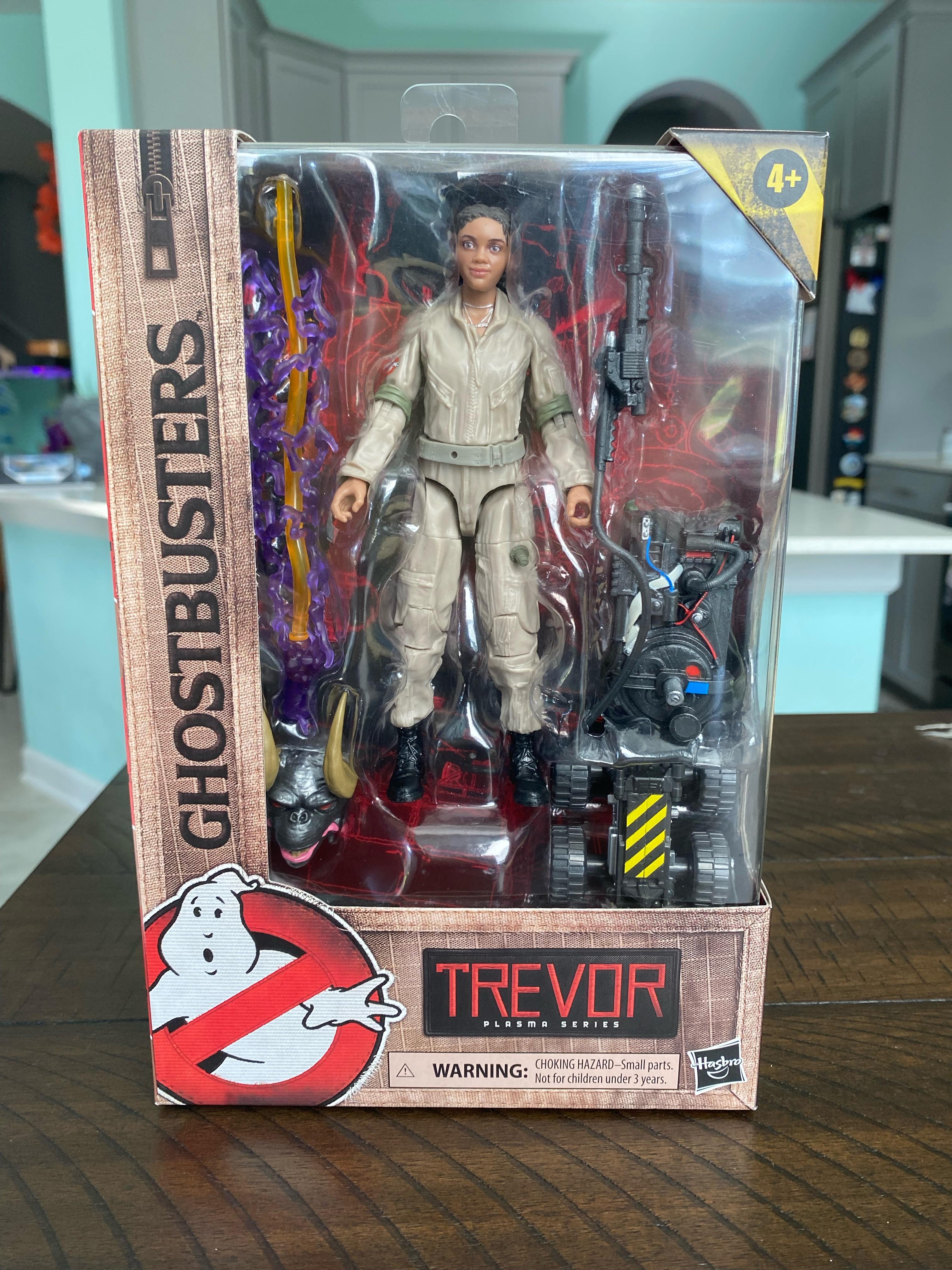 By VenomSymbiote -  October 16th, 2021, 10:22 am
-  October 16th, 2021, 10:22 am#4957529
That's clearly Drool the dogfaced Goblin and you can't convince me that the pumpkin isn't meant to be Sam Hain. Make figures of them, you bastards! I saw the whole set of Freight Features at Walmart the other day. Told some family that was with me if they wanted a quick cheap gift for Christmas for me to snag all four of the guys. I was honestly surprised how stocked the toy shelves were. They've been extremely barebones in everything from Marvel Legends to GB to Power Rangers. The other day? Still no Marvel but they had all sorts of the freight features, neutrino wand, plasma series, etc. I didn't care for it but they even had a Green Ranger over by the Power Rangers stuff which I've never seen one in store ever. I guess a shipment finally came in from somewhere. Was sad I didn't see the pack along with the neutrino wand though. Might have picked them up if I had.
ccv66 liked this

Looking forward to seeing more of this build! Real[…]

If anyone wants to get a read on how regular folk[…]