My Version Of A GB1 No-Ghost Patch 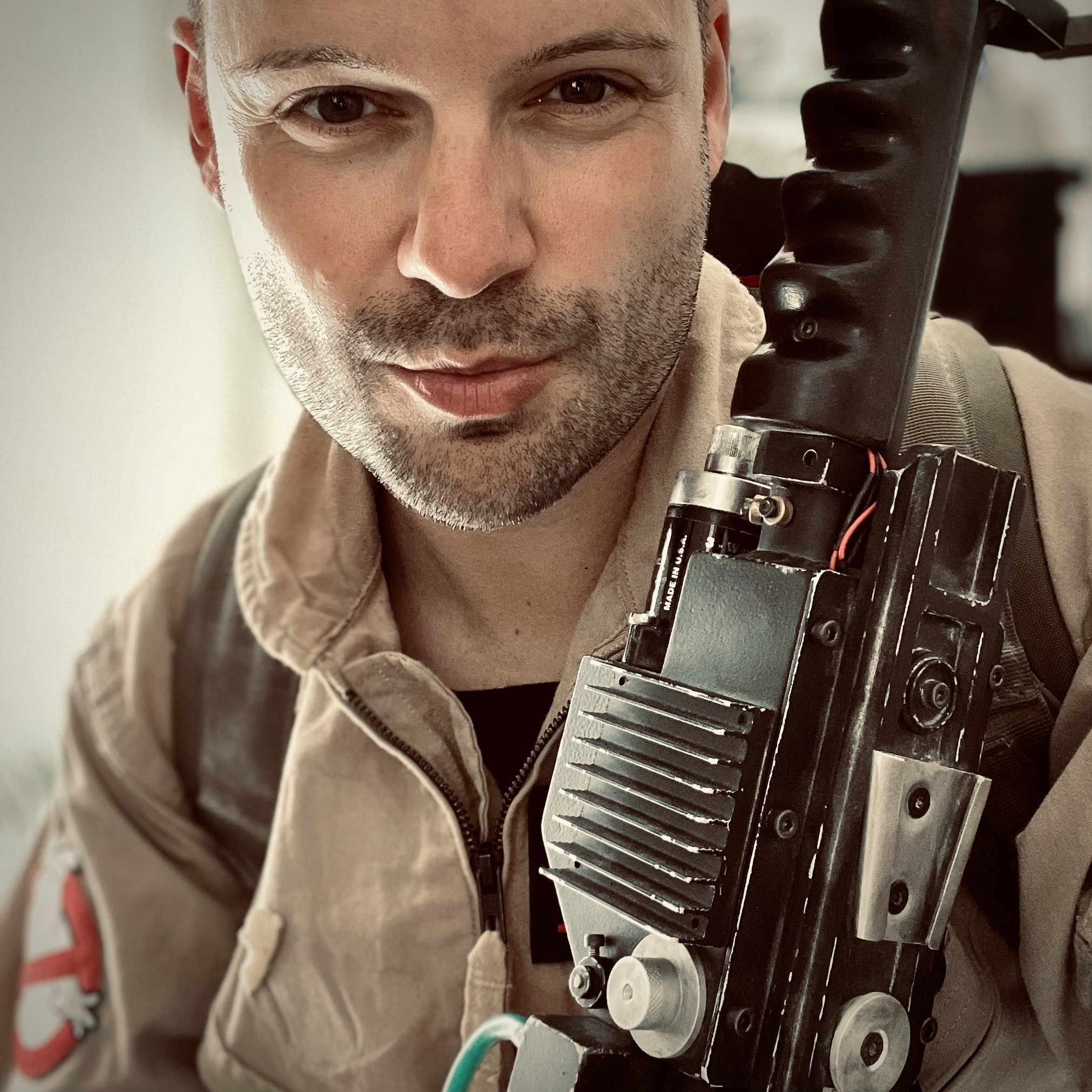 Since I began putting my ghostbusting gear together 11 years ago, I’ve been searching for an accurate No-Ghost patch. The ones available back then were just the official logo, really big in size and didn’t look anything like what was used on the costumes in the movie.

I purchased my first flightsuit used, and if I remember correctly, it came with a patch. And it was ok as a start.

When Anovos made their patches available four years ago, I finally thought it would be the ultimate patch. They based their design on the screen-used patches of Stantz and Venkman, and the size was spot-on. I bought a few for my flightsuits and replaced my old non-accurate ones with these, much improved ones. 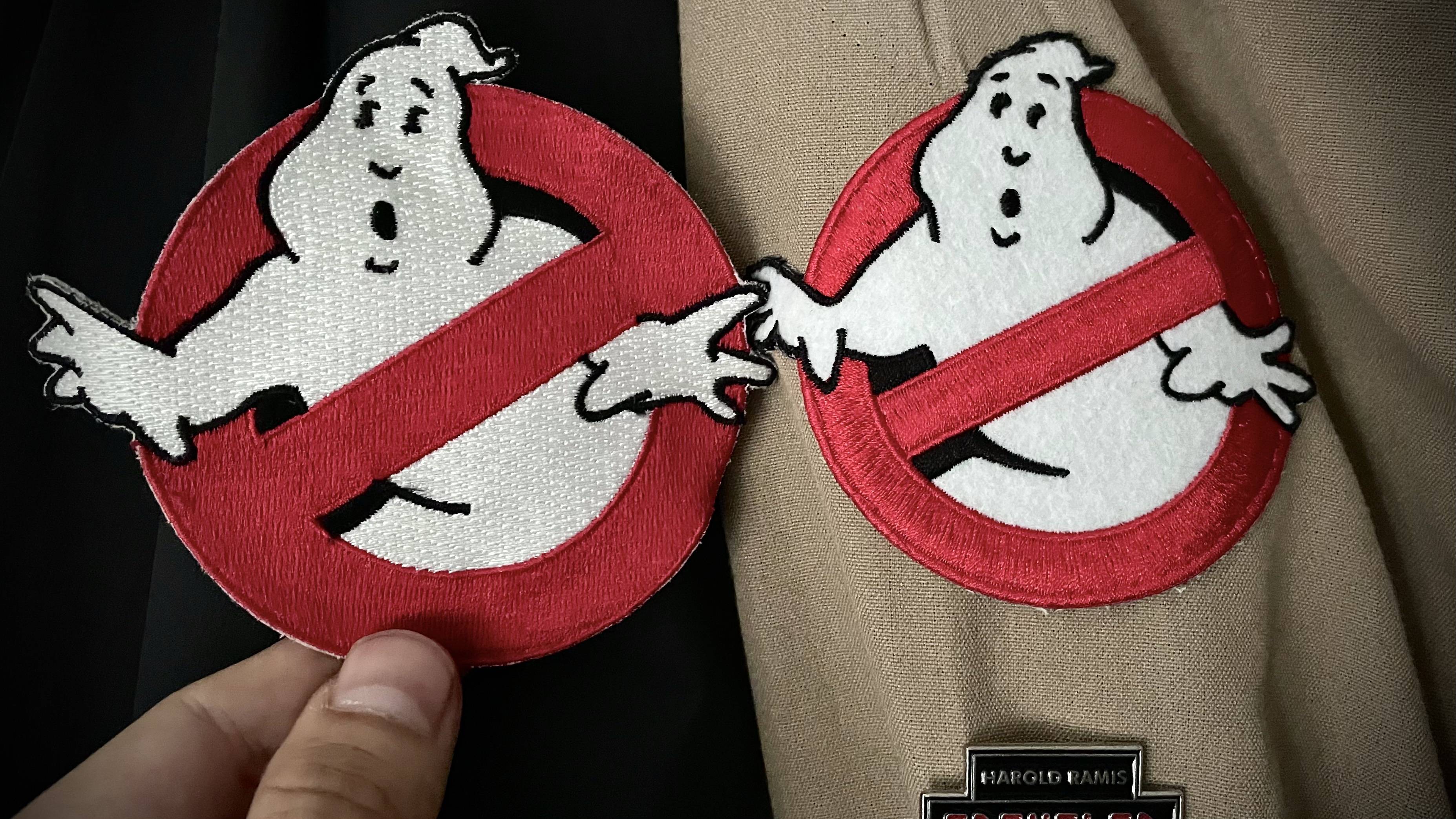 But over time, as I studied the patches more closely, a few details began to annoy me.
The facial features of the ghost were a bit off, the eyes, eyebrows and the nose were missaligned, as well as the chin. And the eyes were turned upside down. The red circle was looking a bit too perfect and finished off with grooves following the edges, and melted at the edge, the originals weren’t like that.

Nice patches have come along since the Anovos patch. But none of them quite did it for me.
So I decided to design my own

I based the size of the red circle on the Anovos one, as that looks perfect compared to the screen-used patches. The overall shape of the ghost I based on a mix of several patches, using the more defined and rounded fingers on one, and the more pleasing face of the other. Much like Anovos did. But using slightly more organic lines in my drawing, and better replicating the finer details on the face. Not knowing how much of it would actually show up on the final product. 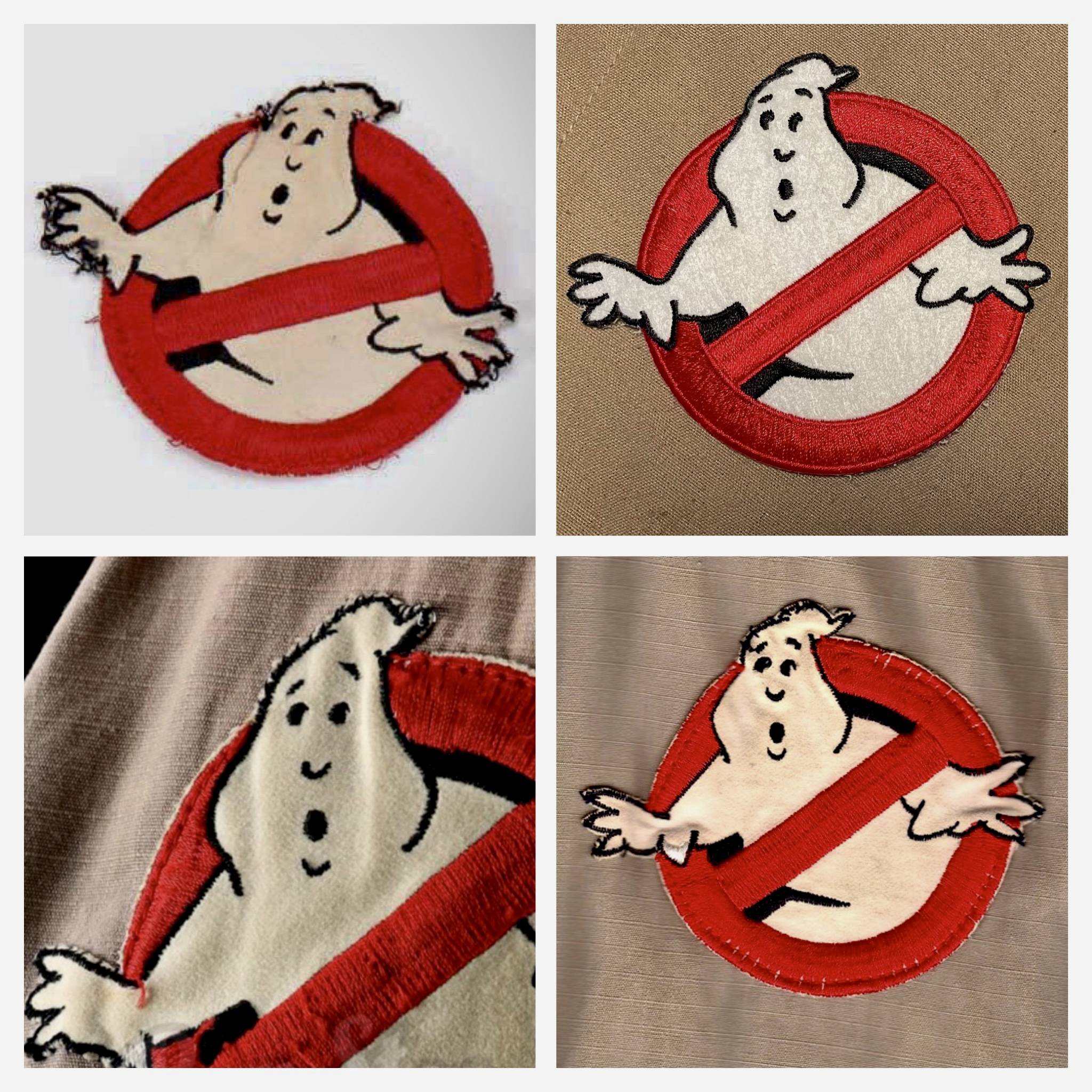 I asked my friend, who’s got an embroidering machine, to help me out with this project, and sent him my Illustrator file. Hoping it would be possible to do. But he was delighted to take on the challenge and assured me it it would.
I asked if he would be able to specifically replicate the pattern of the red thread, which on the original patches kind of went into a groove in the middle, which I was worried about was possible, and he told me, that would be no problem. I also asked for an accurate looking felt for the white base, and he knew just the right material for it. We went with an off-white felt.

My friend asked me if he should finish off the edges nicely. But I told him just to leave them rough, as that would leave a small white line of excess material around the whole thing, just like the original ones.

He showed me a couple of test-patches, and after just a few adjustments, we had something I was pleased with.

I finally got the finished patch last night!!!
I had a few extras made, so I can switch out the ones on both my suits, and use on future projects. 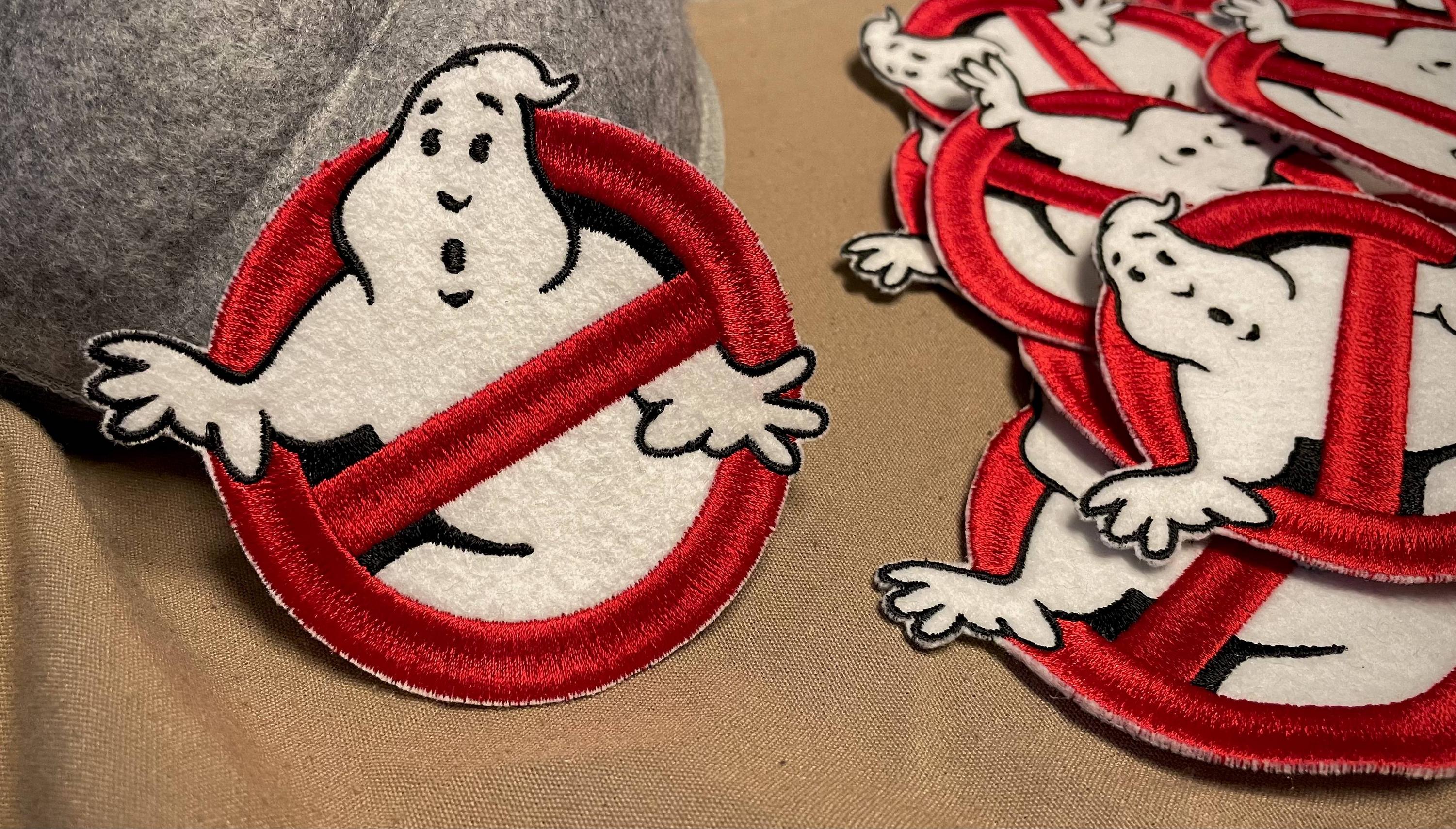 But I like the idea of a generic patch that can be used by any buster, without replicating a specific character, but still looks like it fits right into the movie.

You should think about getting some more made, getting a supporting membership and sell them in the for sale forum. I reckon you'd sell quite a few!
Ecto-1138 liked this
www.ectolabs.net
Replica Props and Costume Accessories – online store NOW OPEN!
Instagram | Twitter | Facebook

Yeah, that’s exactly what I was going for.

Well, if there’s enough interest in this design, it’s not impossible I’d be able to make a run of them, in the future.

Here’s a picture of it sewn on to my flightsuit. It took forever, doing this by hand.. but I’m quite pleased with the overall look 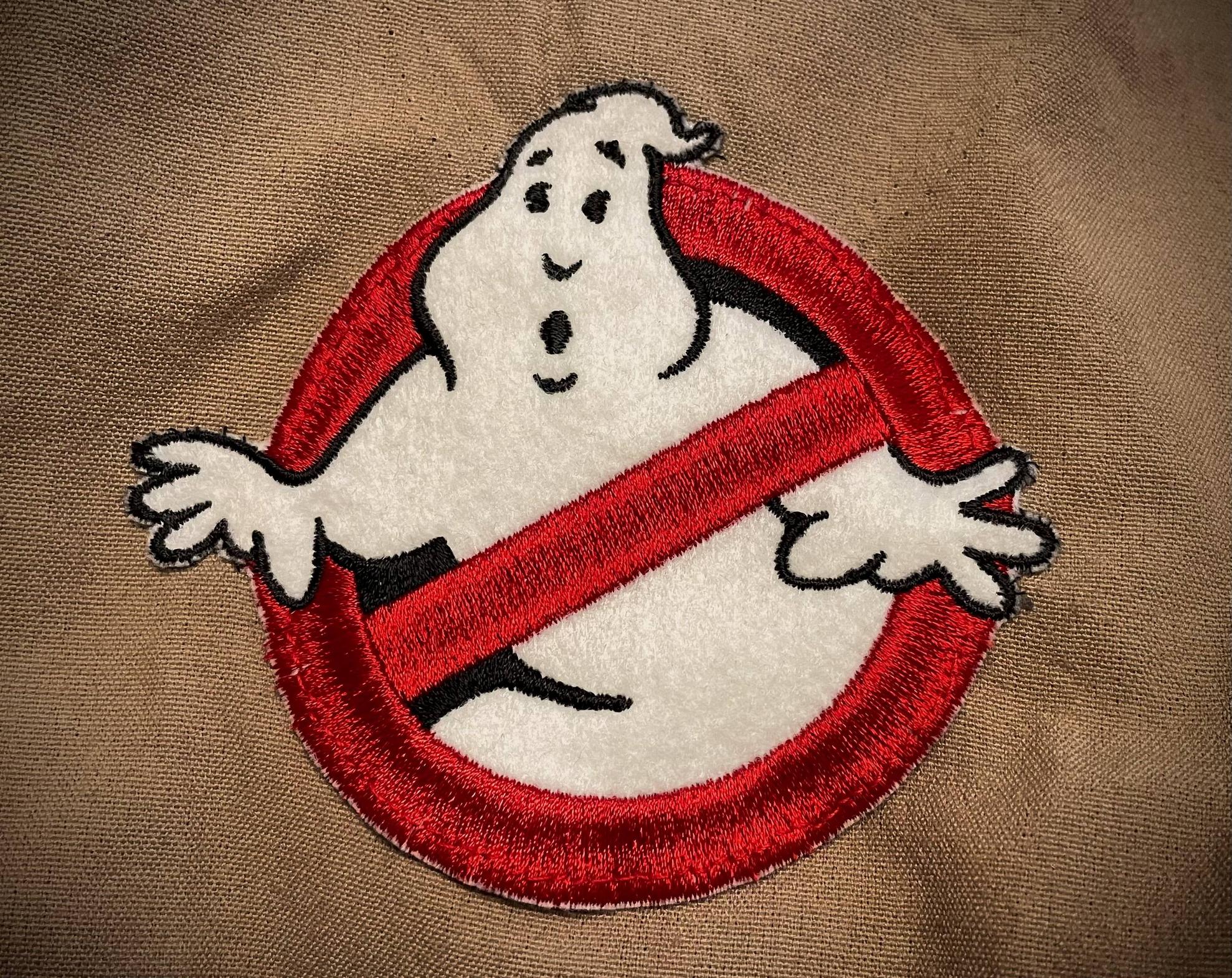 EctoLabs wrote: ↑October 21st, 2021, 5:42 pm Hey Kasper. That's a really fantastic patch you have made there. I love how it's sits right in the middle of idealised and wonky - something I've never seen done before.

You should think about getting some more made, getting a supporting membership and sell them in the for sale forum. I reckon you'd sell quite a few!

I hope we find out more about the slimed waitres[…]

Same happened on mine, they fray over time, have s[…]

I will be displaying it by turning around. I will[…]