That voice in the Sedgewick... Ricardo Montalban?

Discuss all things Ghostbusters here, unless they would be better suited in one of the few forums below.
Reply

When the original three Ghostbusters separate at the Sedgewick hotel, and Venkman is wandering a hallway, there's a snippet of noise audible from a TV inside one of the rooms.

It's a rich male voice saying what sounds like, "But, you may be right. If so, we'd better [unintelligible] ..."

Anyone know more about this?

But this has nagged at me long enough. In 2012, I want to FIND that clip and hear/see the entire bit of dialogue. Yet I can't do it alone, so I appeal on the obsessive GBfan gene in all of us... Help me find this!

Looking over his imdb list, there's very little of his career in my collection. I may seek out the Planet of the Apes movies where he played Armando and give them a listen.

Alex Newborn wrote:And the last word (in the unintelligible section) sounds like it might be 'boat'. Or 'votes'.

I thought it sounded like "roads"
Jack Doud
http://www.bloody-plastic.com/costumes.html

And, of lesser likelihood, but I'll throw them in here too since they'd have heard the movie in various levels of audio completeness. 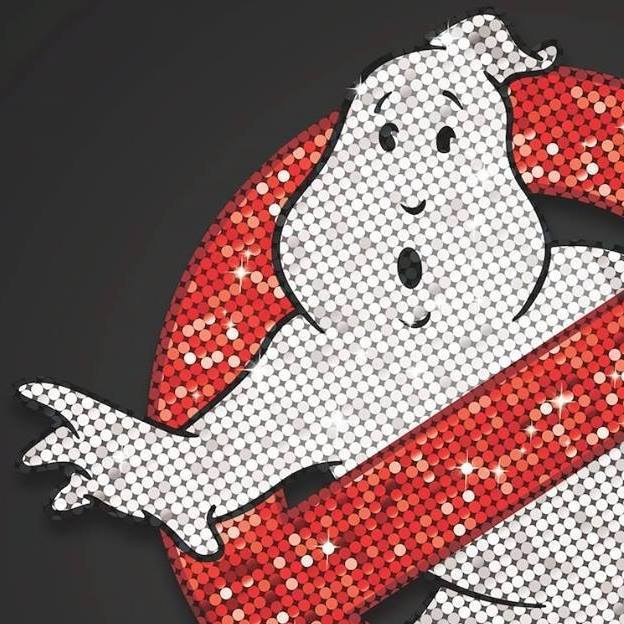 By castewar -  January 24th, 2012, 3:19 pm
-  January 24th, 2012, 3:19 pm#373070
This is one of the bigger mysteries of Ghostbusters. No one has been able to ID it thus far and the sound guys aren't well interviewed, though it's hoped that the Cleanin' Up The Town documentary might get an answer.
Noremon liked this
Planet Ghostbusters
Proton Charging
The Crossrip Podcast


upon recent viewings sounds more like "HOAX " which is a bit funnier in contrast to the way they were handling things.

no idea about the voice though.

Anyways I've watched the movie a couple times while wearing my Bose QC 15's and it sounds to me like:

"Barnes, you may be right. If so we've been heard...[not sure]..."
Alex Newborn liked this

I was watching it again the other day, and the unintelligible phrase came to me (that time) as 'if so we'd better get a boat'.

But I had also just watched a music video the day before which sampled the line from Jaws "You're gonna need a bigger boat" so there's a strong chance my perception was skewed.

Alex Newborn wrote:I was watching it again the other day, and the unintelligible phrase came to me (that time) as 'if so we'd better get a boat'.

910dohead wrote:Dude, to me it sounds like he's saying "Fonz, you may be right. If so, we're..." That would only leave one source to look towards.

SpaceBallz liked this
Ghostbusters: The Music

I checked his imdb page and didn't see a listing for Dallas.

He did appear on Dynasty, so nighttime soap appearances weren't outside his milieu, but that was two years after Ghostbusters, so it can't be the source of this audio.

If it even is RM speaking, which it might not be.

I'm playing a long shot on this topic at the moment so cross your fingers.

By Alex Newborn -  September 9th, 2017, 9:21 am
-  September 9th, 2017, 9:21 am#4897938
And here's another new avenue to investigate... 1954's The Saracen Blade, with Montalban. It's the main entry I see popping up under movies he made for Columbia Pictures. Thirty years old when they were making Ghostbusters, and they wouldn't have had to worry about clearances as much.

Anyone got a copy?

Alex Newborn wrote:And here's another new avenue to investigate... 1954's The Saracen Blade, with Montalban. It's the main entry I see popping up under movies he made for Columbia Pictures. Thirty years old when they were making Ghostbusters, and they wouldn't have had to worry about clearances as much.

Perhaps, the "barnes" part we're hearing is in mention of the character Baron Rogliano? But during 1983-84, would it have easy for the sound crew to get a copy of a 50s movie or its audio?
Alex Newborn liked this

After all, Ben Burtt was putting sounds from older films into Star Wars in the mid-to-late 70s. The squeaking voice of 'Garindan' the long-nosed spy in Mos Eisley was created using a line of dialogue from a John Wayne movie.

Plus, since it was supposed to be a voice on a TV, it could have been as simple as turning on a TV, hitting record on an old Nagra tape recorder (that's what Burtt used) and bagging the 'world-ized' audio of whatever movie happened to be playing.

Alex
mrmichaelt liked this
What a knockabout of pure fun that was!

Troy wrote:For what it's worth, this source audio is also something that's been nagging Chris for years - and when we had Ivan Reitman on the podcast, he had to ask him. Reitman was stumped and couldn't recollect if it was something that he had purposefully put in there as a nod or not.

Hmm, so it sounds like it's one of those things he delegated to his sound person on the shoot. Maybe Reitman didn't even approve it and just gave the person carte blanche to pick whatever.

Second video has isolated audio by Dave An...

robbritton wrote: ↑September 8th, 2017, 12:16 pm The other thread lead me to this! I'm 100% certain the first word is Barnes or Barns, but I can't find a single Montalban thing on IMDB with a character named either in it. Which doesn't help, but I'm going to obsess over it too, now, and you know what they say about a problem shared!

I mean, a movie production that films their stars guerrilla style at Rockefeller Plaza without permission is probably not going to any great lengths in the audio procurement.

Doing a little digging, it looks like the later seasons of Fantasy Island were never released on DVD. Anyone got an idea how to track Season 7, Episode 1 down?

Alex
deadderek liked this
What a knockabout of pure fun that was!

Yeah i own that release with those newly released […]

Here is the final version of my replica Stantz scr[…]

I'm afraid that this is not an official solution..[…]

Hello, I'm sorry to hear that you're having trou[…]